Keeping exotic pets, such as reptiles and amphibians, has become increasingly popular over the past two decades but the trend has spawned an enormous illegal trade, the New York Times reported Monday. 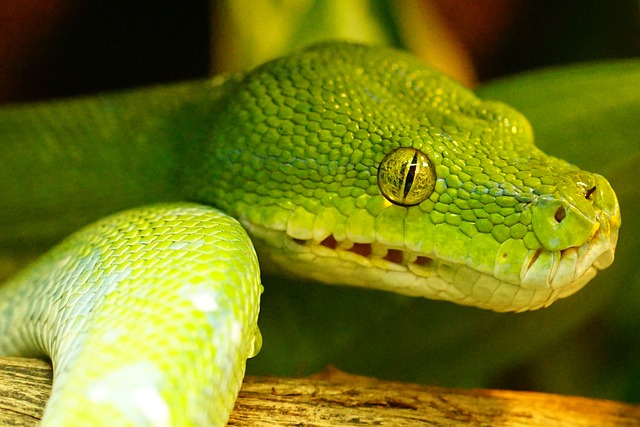 Green python (Photo Credit: Pixabay)By international law, animals that are endangered must be captive-bred to be sold abroad but conservationists warn that some of the geckos, pythons, tree frogs, turtles or other species people keep at homes were plucked in the wild by traffickers.

According to the Convention on International Trade in Endangered Species, CITES, possibly as many as 18 reptile and amphibian species are exported illegally.

“It’s the scale that matters, and the scale is huge, much bigger than people realize,” Vincent Nijman, an anthropologist at Oxford Brookes University in England, told the New York Times.

“Most conservationists are only focusing on charismatic species, but this trade is likely having a massive impact on ecosystems and populations of lesser-known animals.”

In Indonesia, for example, 80 percent of all green pythons exported were thought to have been captured in the wild illegally, says a study in Biological Conservation.

The same study shows concern that many breeding farms, not only in Indonesia, are actually havens for illegal animal traffickers.

These recent findings and reports reveal the possibility that many of the reptiles found in zoos and pet shops could actually have been taken from the wild.

The process is basically animal laundering.

The reason? Breeding these animals in numbers that would satisfy the global market is expensive and requires vast amounts of space. Capturing them in the wild is just a cheaper and easier option.

Having a villager go out and pluck one from the forest would only cost a few cents.

CITES itself adds to the problem since it is because of the treaty that endangered animals must be captive-bred to be exported. While it was created to protect wildlife, it could be playing a part in erasing some species from their habitat.

From 2004 to 2014, Europeans received over 20 million reptiles and amphibians from abroad. These species remain popular both there and in the United States.

And popularity is only one thing.

Legally, these cases are not tried very well. The cases can be lengthy to investigate and they are often ignored by prosecutors, according to the New York Times.

Many countries who export these creatures rely on the income generated for their economies, which also factors into the implementation of actual breeding farm checks.

However, it is not just emerging economies that are home to these animal launderers.

Last week, Spanish and Portuguese authorities took down a glass eel smuggling operation. The eels cannot be captive-bred so they are caught off the coast and smuggled to Asian countries where they mature and their meat is sold. The eels can be sold within the EU itself but the internal sales are regulated.

"Punishments are low and the conviction rate for environmental crimes is still low," he said.

It also boils down to the perception of the animals themselves, Sandra Altherr, co-founder of Pro Wildlife, a nonprofit conservation group in Munich, told the New York Times.

“Reptiles are cold blooded and not fluffy, and the broad public — including politicians — just isn’t interested in them.”