A car bomb exploded on Sunday outside the home of a journalist who was investigating organized crime groups in Montenegro, Balkan Insight reported. 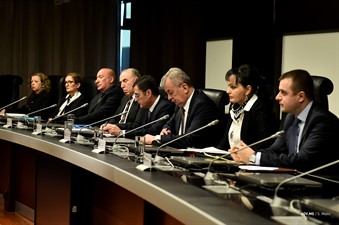 No one was injured in the bombing, the seventh this year.

The Montenegrin Journalists Association said Sead Sadikovic had been threatened because of his investigative work. The car that was targeted was registered in Belgrade and did not belong to Sadikovic but was rented.

Organized crime groups have grown prevalent in Montenegro over the past few years, with violence moving into residential areas. Many of the killings are assumed to be connected to cocaine smuggling.

The weekend had already seen violence in the country with a person killed in a different car bombing on March 28 and a shooting on Saturday leaving a bystander dead, according to media reports.

Both the director of police and the head of the security center in Podgorica resigned in the wake of Saturday’s shooting.

"Dealing with crime can be addressed in a successful and high-quality manner with a full cooperation of the Prosecutor's Office, the judiciary, and the police with even stronger and more powerful actions of the prosecution and the judiciary,” the Minister of the Interior, Mevludin Nuhodzic said in response to the shooting. "This is the only way to prevent mafia thugs and ensure the complete safety of citizens."

The National Security Council was convened in partial response to the shooting and last week’s bombing.

“The Council assessed that the security situation has eroded due to the growing conflicts of organized crime groups,” a statement from Sunday’s meeting said.