Afghanistan’s government said it has investigated 2,800 corruption cases since the country adopted its anti-graft strategy a year ago but non-governmental organizations claim this is not nearly enough in a country where corruption should be considered a threat to national security. 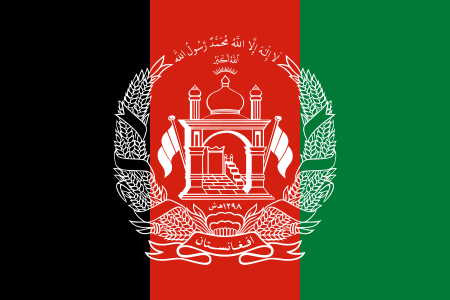 Flag of the Islamic Republic of Afghanistan (Photo: CC BY 4.0)The National Anti-Corruption Strategy has focused on rooting out corruption in judicial institutions--resulting in the investigation and dismissal of over 200 judges and prosecutors, said the Chief Executive Office of Afghanistan’s deputy spokesperson, Jawad Faisal, Tolo News reported Sunday.

“Fighting corruption is one of our long-term priorities. Based on the strategy...400 [cases] have been sent to the Anti-Corruption Justice Center (ACJC),” said Faisal.

The strategy, which aims to achieve five goals--transparency, good leadership, good resource management, a clear recruitment process, and the establishment of a special court to deal with land grabbing-- has been lauded by the government as a successful venture, but critics say it is poorly thought-out.

Integrity Watch Afghanistan -- an NGO -- claims that the strategy is insufficient.

“The strategy has not brought any changes to people’s lives. The problem is that there is not an independent institution to implement the strategy,” IWA researcher Nasir Timori said.

IWA has previously criticized the government for not properly funding existing anti-corruption bodies, such as the Oversight Commission on Access to Information and the Anti-Corruption Justice Center, demonstrating a lack of political will to tackle the issue.

The National Unity Government has been accused of failing to yield significant changes, and allegedly taking millions from corrupt sources following the creation of the strategy.

The concern of civil society actors involved in promoting anti-corruption efforts is the lack of implementation and oversight on the strategy, which is under the full control of the current government, with seemingly little oversight.