From Silicon Valley hero to fraudster accused of duping investors over US$ 700 million, Elizabeth Holmes’ fall from tech grace has been sealed with a settlement with the Securities and Exchange Commission (SEC) of the United States government. 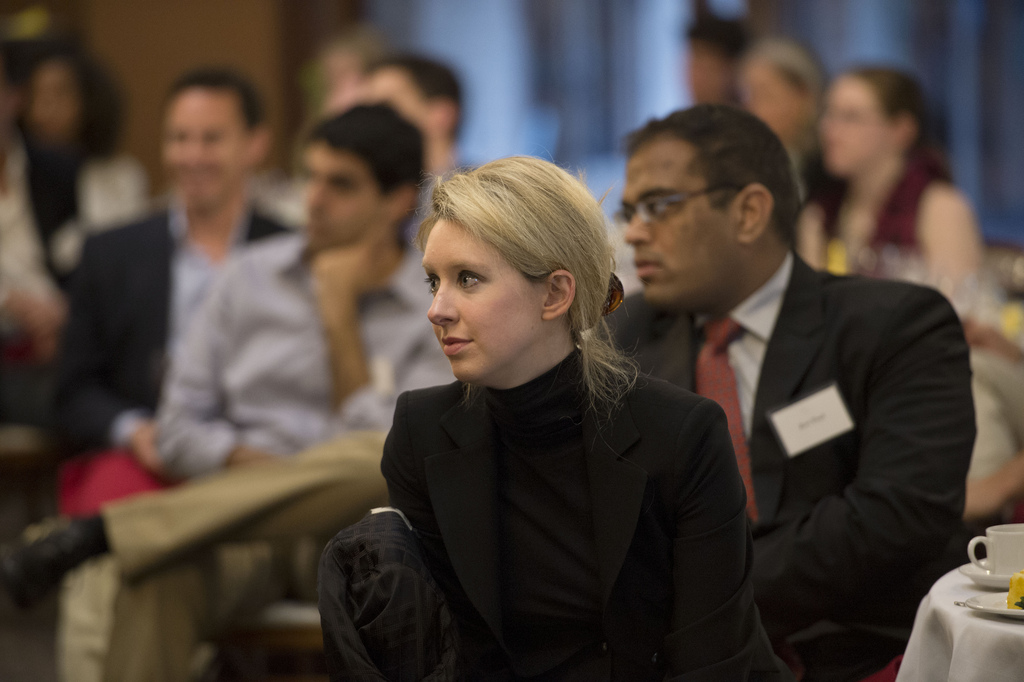 Elizabeth Holmes Theranos at Stanford University Event (Photo Credit: Deputy Secretary of Defense Ashton B. Carter)The SEC announced the complaint and settlement on Wednesday. Holmes and her business partner Ramesh “Sunny” Balwani were accused of raising the $700 million from 2013 to 2015 by purposefully lying to investors about their supposedly-disruptive blood testing technology. Balwani faces a separate case.

Holmes will pay a $500,000 penalty and give up majority voting control at the company. She is also prevented from serving a director of a public company for the next 10 years. However, she nor Theranos have to admit wrongdoing.

The company was once valued at $9 billion, but is now barely staying out of bankruptcy. Holmes had been secretive about the company’s fiance and intellectual property, according to the New York Times.

Holmes founded Theranos in 2003 after dropping out of Stanford University at the age of 19 with the goal of creating diagnostic technologies. The initial focus of Holmes and the company was to develop the Theranos Sample Processing Unit (TSPU) to analyze blood from a finger prick instead of having to take the sample from the arm.

Though Holmes and her company claimed their blood analyzer could conduct 200 tests, it could only conduct 12 and heavily relied on other products already on the market to complete other testings.

Theranos went to great lengths to deceive investors, according to the complaint, including “making false and misleading statements to the media, hosting misleading technology demonstrations, and overstating the extent of Theranos’ relationships with commercial partners and government entities, to whom they had also made misrepresentations.”

During Theranos’ peak, Silicon Valley and the rest of the U.S. saw Holmes and her company as a solution to certain healthcare system problems. She also worked to create a board of directors with impressive resumes and reputations, including, two former former secretaries of state. All of whom were tricked into believing and admiring Holmes’ leadership and technological success.

The Wall Street Journal began investigating Theranos and its testings in 2015, bringing attention to its shortcomings. The next year, another investigation began which has not seen charges filed yet.

Theranos released a statement after the settlement: “The Company is pleased to be bringing this matter to a close and looks forward to advancing its technology.”