The former chief of Macedonia’s anti-corruption commission has resigned from the country’s parliament after the publication of a damning audit that exposed corruption in the State Commission for the Prevention of Corruption. 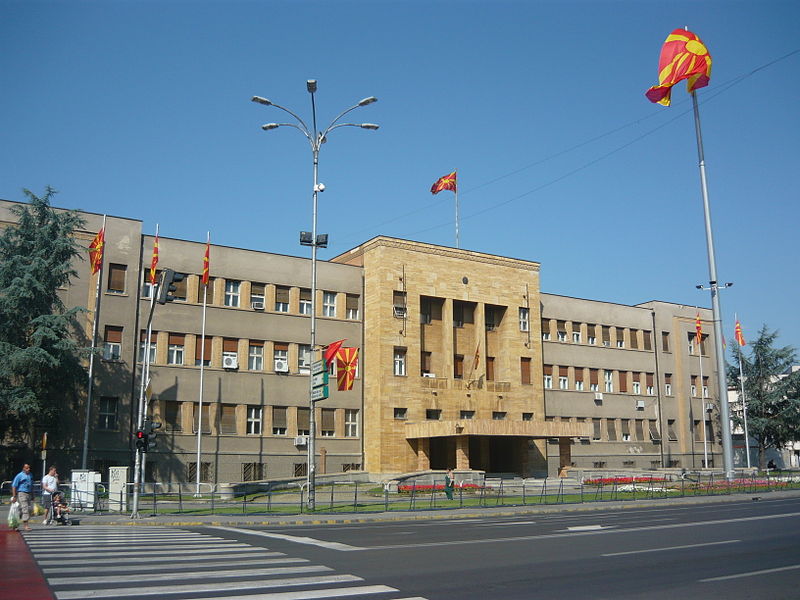 The Macedonian Assembly (Photo: Wikimedia Commons)A report by the Public Revenue Office, that prompted Goran Milenkov’s resignation, has revealed that officials were reimbursed for fictitious travel expenses and public money was spent in suspect fashions, the Macedonian Information Agency reported. The report claimed that some of the anti-corruption officials had been claiming unrealistically high travel costs on days they were listed as attending their office.

Milenkov did not say why he resigned, days after he said he had “no moral responsibility" for the scandal and did not intend to resign because there was "no corruption" in the commission. He claimed that the allegations were a form of "political pressure" orchestrated by opponents in the recently elected government.

The public prosecutors’ office subsequently opened an investigation into the claims amid calls from members of parliament for the resignations of commission members.

The current head of the anti-corruption commission, Igor Tanturovski, denied that illegalities had occured within the commission and stressed that he would not resign from his post. It has been reported, however, that he is planning to tender his resignation.

Milenkov was appointed as president of the SCPC in 2015 and pledged that the work of the Commission would be fully transparent. However, it was recently reported that he said journalists should not be interested in the wealth of former prime minister Nikola Gruevski.

In 2015, local media reported that he did not say how many cases were left unsolved by the previous administration of the anti-corruption commission.

Macedonia consistently ranks very poorly in global corruption indexes. Transparency International put them at 107th on their list, citing widespread dubious practices in political party financing. The implementation of anti-corruption laws and independent handling of corruption cases by the relevant supervisory bodies and courts remains a major challenge in Macedonia, according to the nonprofit organisation.

The independent state commission has a staff of 16 and a budget of US $350,000 with which to achieve its stated aim of corruption prevention. The SCPC’s members are appointed by parliament while the head is elected by members themselves. Parliament reserves the authority to remove members of the SCPC.