Albanian police said Wednesday that they seized 613 kilograms of cocaine that arrived from Colombia in a shipment of bananas. 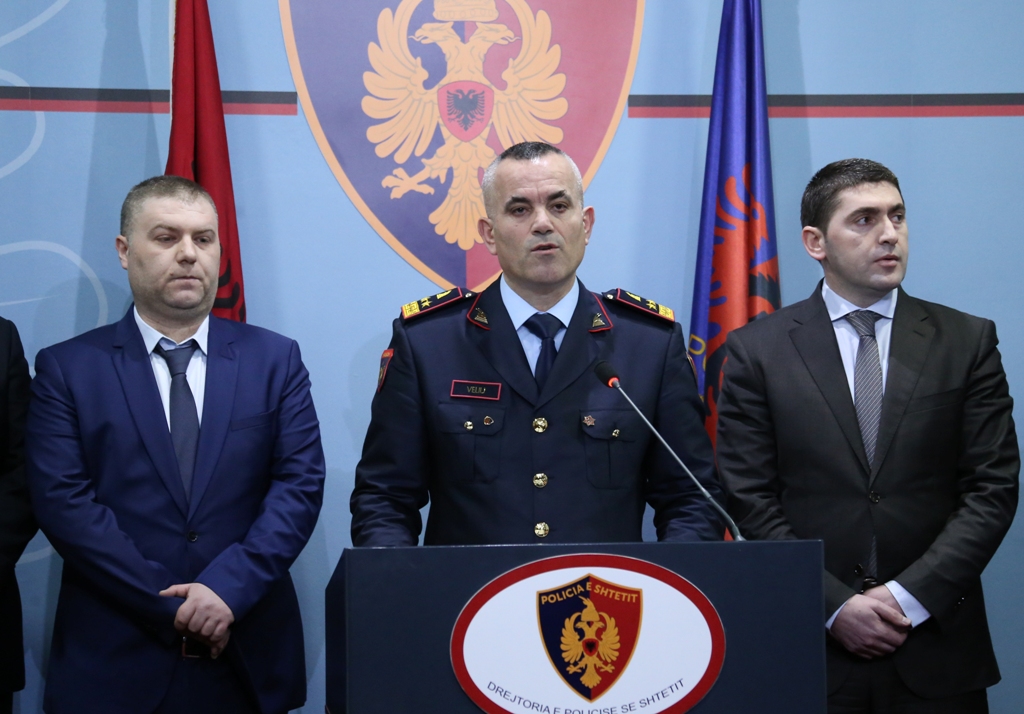 Albanian Police Chief Arid Veliu (Policia e Shtetit website)Police found the 528 packages of the drug in a container that was unloaded from a ship which had arrived in Durres via Italy and Malta. The container was taken to a private storage facility before police could raid it.

The owner of the storage, identified by Albanian Daily News as Arber Cekaj, is still at large. However, police arrested Donaldo Lushaj and Armando Pezaku in connection to the shipment.

Yahoo News reported that the drugs are valued at US$ 220 million.

Authorities claimed it was the largest cocaine haul in Albania’s history, according to Reuters,

“The Albanian authorities are still investigating with their foreign partners to discover all the links and persons involved in this criminal activity,” said Veliu.

He explained that the shipment originally arrived in the Durres port 10 days prior and had been kept under surveillance, and further speculated that Albania was not the shipment’s final destination.

Prime Minister Edi Rama wrote on his Facebook page that the operation “marks a major step” in working against organized crime in the country.

“Undoubtedly, it is significant for the integrity of our law-enforcement structures who have seized heavy drugs with an estimated value of 180 million euros,” he wrote.

Rama emphasized that the raid had been a solely Albanian operation and congratulated those working to uncover the cocaine shipment.

The country has faced pressure from the European Union to clamp down on drug trafficking and organized crime in order to join. Albanian crime groups possess a reputation for exporting and growing marijuana and for acting as a transit location for cocaine and heroin.