The former Honduran First Lady, Rosa Elena Bonilla, was arrested on Wednesday on suspicion of embezzling around US $500,000 from public initiatives intended for the poor, the Organization of American States (OAS) announced. 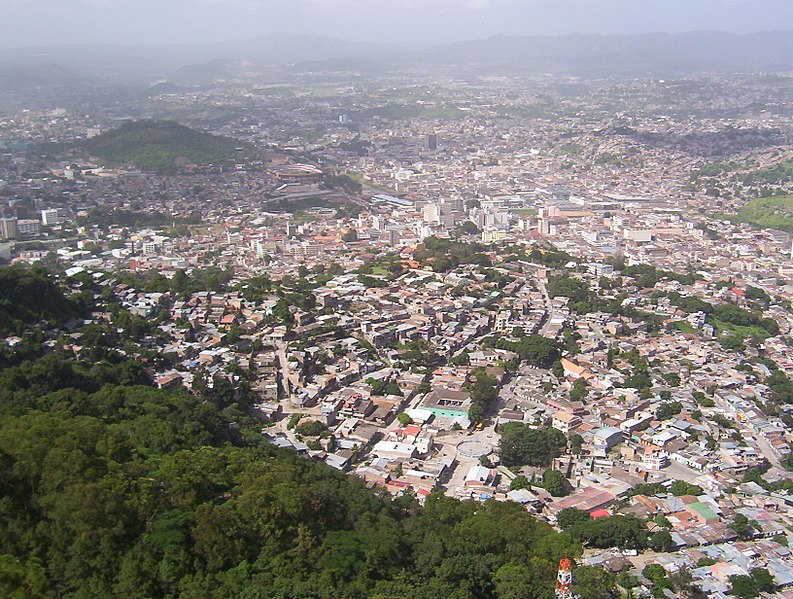 Tegucigalpa, the Honduran capital where Bonilla attended court on Wednesday (Photo: Wikimedia Commons)Bonilla was detained at her house near the capital, Tegucigalpa, along with her brother-in-law. It was unclear whether the ex-President, Porfirio Lobo, was present, Honduran media reported.

She is currently remanded in custody and faces charges of misuse of public funds and running a money laundering ring. She faces a maximum combined sentence of 60 years in jail, plus fines, if found guilty on all counts.

“Mrs. Bonilla is accused, along with other former officials, ... [of] having created a money laundering network to hide money from the state that was earmarked for social works,” said Ana Maria Calderon, the interim head of the OAS’ Mission to Support the Fight against Corruption and Impunity in Honduras (MACCIH) – a team established following widespread protests against corruption in 2016.

She is suspected of having transferred US $500,000 from a government account to her personal account six days before her husband handed over the presidency to his successor in January.

The funds were supposed to be used for medical equipment, building materials for poor families and job programs, according to MAACIH. Calderon alleged that Bonilla spent some of the money on educational fees for family members’ and personal surgeries.

Previous corruption cases involving politically exposed persons in Honduras have often ended without conviction. The chief of the OAS mission, Juan Jimenez Mayor, quit in February, due to a lack of support from the Honduran government.

Julio Ramirez, Bonilla's attorney, told journalists that his client "is innocent and I will prove it in the courts," according to the LA Times.  An initial hearing will be held on Friday.