In anticipation of a new anti-corruption “super ministry,” set to be established next month, Chinese officials explained and defended a controversial new system for detaining corruption suspects, Reuters reported on Tuesday. 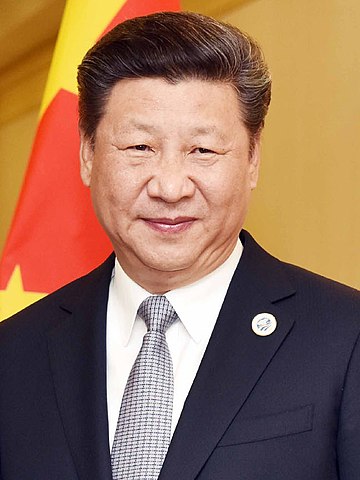 Xi Jinping (Photo: Narendra Modi, CC-BY-SA-2.0)The new detention system, “liuzhi,”makes a few reforms on the old system, where corruption suspects might have been taken to hotel rooms for interrogation at times and in places chosen by prosecutors.

The new law includes steps to prevent abuses, such as informing family members and employers shortly after a suspect is detained and required video recordings of interrogations, according to the most recent draft.

However, the new detention system still operates outside existing criminal procedure law-- it follows party rules rather than the rules of the Chinese justice system.

But other recent changes to China’s anti-corruption apparatus are causing concerns among those worried about surveillance and suspect’s rights.

New that China’s Communist Party decided to abolish term limits on the presidency, reported by The New York Times on Saturday, adds further context to a moment in which Xi is working to consolidate power and ‘clean up’ his administration.

Xi’s new anti-corruption push and the creation of the National Supervision Commission-- the super ministry that will likely be established in March, could also expand state surveillance and arbitrary against Chinese citizens, critics and legal scholars allege.

The National Supervision Commission will have the the power to investigate all state employees as well as managers working for state-backed schools, hospitals, institutes or companies, Reuters reported on Friday.

Provincial-level branches of the commission will be established to increase the number of people who can be prosecuted.

Zhang Shuofu, a Chinese official who will be helping roll out the new detention system for corruption suspects, defended the changes to China’s system by arguing that corruption crimes are fundamentally different than other crimes.