U.S. prosecutors in Houston unsealed part of an indictment on Monday, revealing corruption allegations against five former Venezuelan officials in connection with what appears to be a major bribery scheme at Venezuela’s state-run oil giant Petroleos de Venezuela SA (PDVSA), the Department of Justice said. 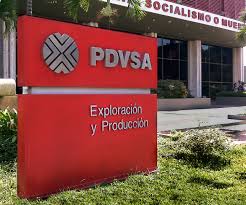 PDVSA, Venezuela's state-run oil giant, allegedly engaged in a multi-million dollar corruption scheme (Photo: CC-BY-SA-3.0)Four of the defendants were arrested in Spain in October 2017 based on a 20-count indictment issued in Texas two months earlier while the fifth, Alejandro Isturiz Chiesa, remains at large. Fifteen further defendants are charged in the still-sealed parts of the indictment, which is part of an ongoing investigation by the US government.

The five officials charged on Monday were known as the "management team" for their influence at PDVSA. They allegedly accepted bribes and laundered money in order to enrich themselves and secure energy contracts for PDVSA, including during 2015 when Venezuela faced widespread power shortages.

and oil czar, Rafael Ramirez, according to an American official familiar with the probe, The Associated Press reported. Ramirez is allegedly designated “Official B” in the still-sealed part of the indictment.

And two of the five men who were officially charged on Monday were Ramirez’ aides—Rafael Reiter and Deputy Energy Minister Nervis Villalobos.

According to The Associated Press, two Venezuelan businessmen residing in the United States sent more than $27 million in bribes to Swiss accounts controlled by Villalobos and another former official—Luis Carlos Leon—in return for contracts with PDVSA. The two businessmen pled guilty to violating the US Foreign Corrupt Practices Act and are awaiting sentencing.

Prosecutors also allege that the two bought expensive gifts for the Venezuelan officials, including a $10,000 handbag and a holiday vacation in the Bahamas. On Reiter’s behalf, they also allegedly purchased a condominium at the Miami Four Seasons, an armored car and invested in a movie.

Separately Ramirez, the man implicated in the indictment as “Official B,” was accused by the opposition-led National Assembly of Venezuela of losing PDVSA $11 billion dollars during the period he was in charge of the company from 2004 to 2014

Ramirez is also the target of a criminal investigation in Venezuela for taking a cut of oil contracts brokered by associates including his cousin, Diego Salazar, who was arrested in December.

And last month, according to Reuters, Venezuelan authorities said they were seeking an Interpol red alert for Rafael Ramirez on corruption charges.

Ramirez denies the corruption allegations and is currently living in an undisclosed location. He says the charges and corruption crackdown in Venezuela are merely an effort by Venezuelan President Nicolas Maduro to consolidate power in the lead-up to the presidential elections set to take place before April.

The political opposition says Ramirez is not only corrupt but contributed to an economic meltdown marked by widespread shortages of food and medicine, the world’s highest inflation rate, and a surge in emigration.