The President of Kyrgyzstan called on the country’s corrupted, dysfunctional judicial and national security agencies to launch a merciless fight against graft, saying the problem is already threatening national security, the Times of Central Asia reported on Sunday. 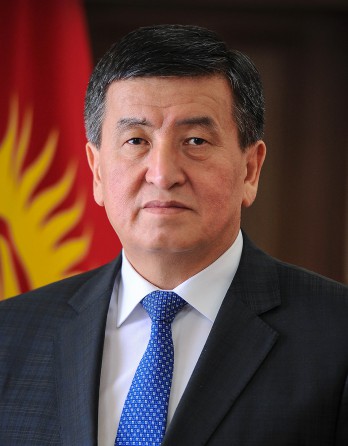 Sooronbay Jeenbekov, president of Kyrgyzstan, has announced war on corruption after a survey showed the overwhelming majority of Kyrgyz believe corruption is a problem. (Photo: Wikimedia Commons)

Sooronbay Jeenbekov was addressing a meeting of the country's Security Council on February 8 which considered introducing measures against corruption in the judiciary, law enforcement agencies and supervisory bodies.

“We must hear the voice of the people and acknowledge the bitter truth,” Jeenbekov said. “The fight against corruption must acquire a national character.We must eradicate corruption from all areas without exception, from the highest echelons of power to each local village authority.”

The overwhelming majority of Kyrgyz citizens, 95%, believe that corruption is a problem in the ex-communist state, according to a recent poll by the International Republican Institute and Gallop.

“The government must take advantage of this opportunity to show that they are listening to the views of Kyrgyz citizens, and are prepared to address issues requiring action and reform such as corruption,” IRI Regional Director for Eurasia, Stephen Nix, said in a statement.

Apart from corruption in state institutions, Kyrgyzstan is plagued by organized crime related to the drug business. According to the United Nations Office for Drugs and Crime, the northern transit route for drugs - mostly opium from Afghanistan - passes through the country.

Large parts of the political establishment and law enforcement agencies are seriously undermined by their involvement in the drug trade. There is also a thriving oil smuggling operation.

Although it holds the title of central Asia’s only functioning democracy, the 2015 election – which saw the first peaceful transfer of power since independence in 1991 – was deeply flawed, according to the BBC. Jeenbekov had been Prime Minister under his predecessor as President, Almazbek Atambayev, who had endorsed him for the role.

Due to shadow corruption schemes and economic crimes, the national budget is losing billions of Kyrgyz soms.

The Anti-Corruption Service was established to counter corruption in powerful circles. However, some of its employees have turned into an untouchable caste, according to Jeenbekov.

The ACS revealed just 24 cases of bribery and embezzlement in 2017. In one case, a state property was sold for just US$8,000.