Latvia became the sixth country in the world and the final of the three Baltic countries to pass a version of the Magnitsky law on Thursday. Its parliament voted to impose travel restrictions to 49 Russian citizens who were involved with to the death of Russian lawyer Sergei Magnitsky or other human rights abuses. 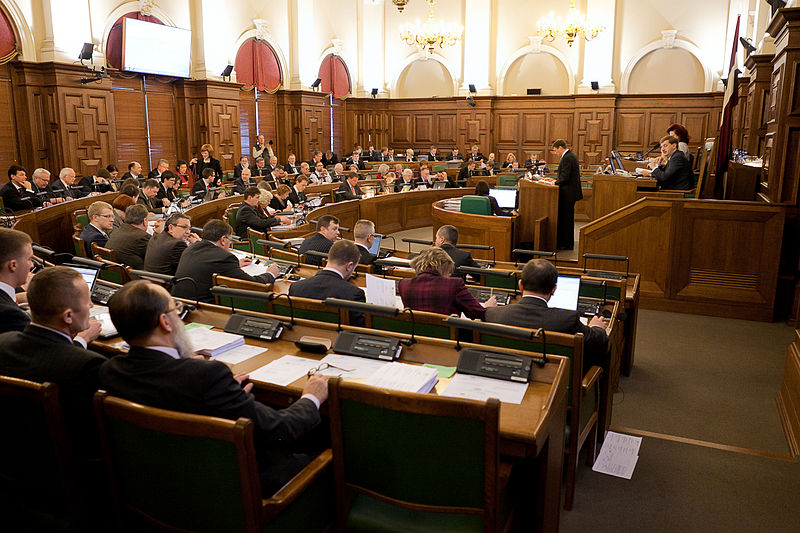 The Saeima in session (Photo: Saeima, CC-BY-SA-2.0)Magnitsky died in pretrial detention in a Russian prison November of 2009, after being denied access to medical care and likely beaten. Magnitsky had been defending the investment fund “Hermitage Capital Management” after its founder, Bill Browder, claimed millions of dollars of company money the company paid in taxes were stolen by the Russian officials.

Canada and Lithuania introduced their own Magnitsky provisions in October and November 2017, Foreign Policy reports. The United States updated their act in December of last year, expanding it to sanction human rights abusers globally and adding five new Russian citizens to the list including he leader of the Republic of Chechnya, Ramzan Kardyrov. Estonia and the United Kingdom also have passed versions of the Magnitsky Law.

“I participated in the preparation of the Magnitsky case and had access to information as well as contacts from abroad,” he said to OCCRP. “The Magnitsky case was a rude violation of human rights and is very well documented. Unfortunately, it was not investigated in a fair manner. The sanctions aim directly at the people involved. This case is a good precedent for the Saeima (the Latvian Parliament) to look into human rights violations, not only when it comes to Russia.”

Harmony leader Janis Urbanovics explained his opposition. “It is clear to me that any unmotivated and poorly justified attacks on Russians in Russia also affect the hearts and minds of Russians in Latvia,” he said to a Latvian public broadcaster.

The Latvian Magnitsy Law was initiated by centre-right National Alliance. “Latvia has no place for people who are directly or jointly responsible for the torture and death of an innocent person. I urged my fellow MPs to remember that,” said MP Rihards Kols, who pushed the decision through the parliament.

For the law to become binding the Latvian government now has to pass an executive order.

The 49 people sanction by Latvia are also listed in the US Magnitsky act, including Kadyrov and others who have been linked to human rights abuses against LGBTQ citizens in Chechnya.