The trial of former police officers Daniel Hersl and Marcus Taylor wound down on Wednesday, as prosecutors made their closing arguments detailing the egregious crimes of the recently disbanded Gun Trace Task Force, the Associated Press reports. 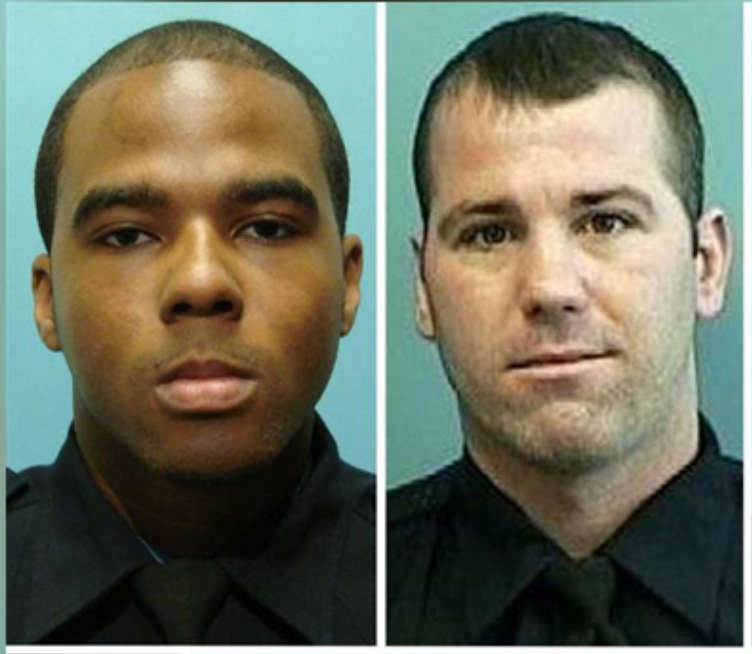 Marcus Taylor (L) and Daniel Hersl's (R) trial wound down on Wednesday (Photo: US Police)The corruption case revolves around crimes committed by the special police unit in Baltimore, originally designed to get guns off the streets in a city facing its highest historical murder rates.

Hersl and Taylor have pleaded “not guilty” to racketeering and robbery, but the other six officers indicted in the investigation have confessed. In fact, the majority of those charged have taken the stand as prosecution witnesses.

According to former officers’ testimony, Sergeant Wayne Jenkins regularly encouraged the task force to do everything from performing unjustified searches, to driving fast at large groups of young men to see who would run, according to The Baltimore Sun.

Officers themselves would track suspected drug dealers with illegal GPSs planted on their cars, following them to their homes in order to steal cash or drugs, which they would resell on the streets of Baltimore and even Philadelphia.

Former officers have testified to staging crime scenes, and keeping BB guns in their police cars in case they needed to plant them on suspects. They recruited civilians to steal from drug dealers, lending them tactical gear such as police-issue bullet-proof vests to wear during illegal raids in which the officers served as lookouts.

According to The New York Times, Momodu Gondo, one of the officers who pled guilty, estimated that he had stolen as much as US$100,000 from people during his career and had once given a gun he took during a home invasion to a friend who was a drug dealer.

Members of the task force are said to have stolen Rolex watches, dirt bikes, cologne, Air Jordan sneakers, a Chanel purse, heroin, cocaine, and prescription drugs. They have admitted to submitting phony overtime claims amounting to thousands of dollars. One officer allegedly took a month off to remodel his home and was still paid. Another claimed overtime while on vacation in Myrtle Beach, South Carolina.

Hersl's lead defense attorney, William Purpura, is not denying that his client took money from suspects’ homes, but claims that this didn't constitute robbery or extortion since the money was dirty in the first place.

The jury is expected to reach its final decision about two of the officers soon—one final argument and rebuttal are scheduled for Thursday.

The crimes the officers are officially charged with date back to 2014, but witnesses have described illegal incidents dating back to 2008, according an NPR interview with Justin Fenton, who is covering the trial for The Baltimore Sun. They face maximum sentences of life in prison.

However, according to The Baltimore Sun, several convicted Baltimore police officers and other witnesses have alleged the unit’s corruption was not limited to its eight indicted members or their already-charged co-conspirators, but also included a dozen other officers, many of whom are still working in law enforcement.

Baltimore Mayor Catherine Pugh has tried to reassure Baltimore residents that the corruption exposed by the federal investigation is isolated to “a few bad apples”.

Douglas Colbert, a Maryland Law professor, believes that the revelations of this trial have demonstrated “systemic criminality,” saying in an interview with The Baltimore Sun, “I think the public has to really request, if not demand, that we continue with the investigation.”