Italian authorities detained a member of the Camorra crime syndicate who landed in Rome on Wednesday after having been expelled from Mexico where he lived for more than a decade under a false name. 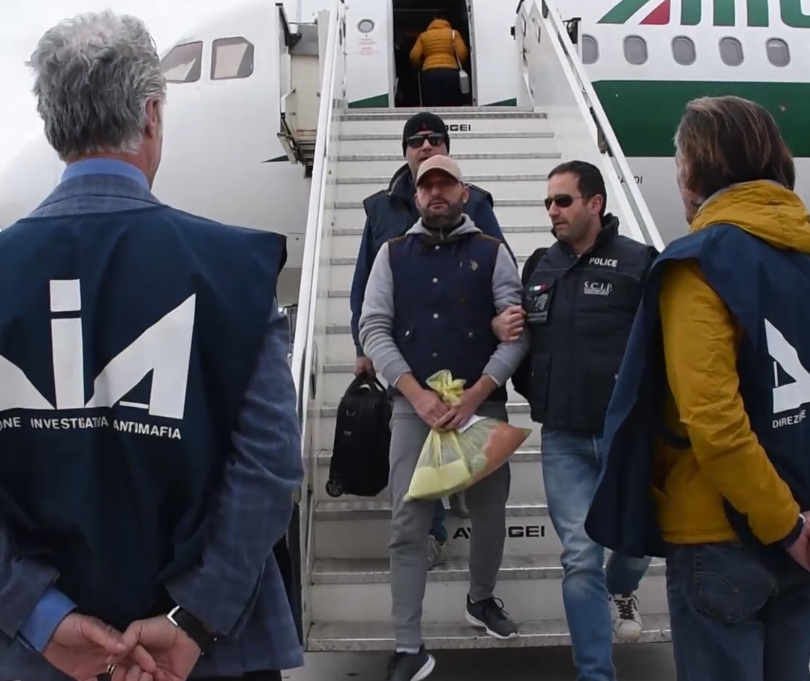 Salvatore Longo (Photo: Italian Anti-Mafia Police Force)A court in Verona sentenced in 2007 Salvatore Longo to more than nine years in prison for extortion and usury. However, Longo had already left Italy. He acquired a new identity and lived in Mexico with a local woman and ran a pizza restaurant in Tijuana.

Even from there, Longo - a member of the Licciardi clan of the Camorra - had managed to continue his extortions and usury in northern Italy, often demanding interest rates as high as 200 percent. According to authorities, this went on until 2009.

In 2017 he divorced his Italian wife and this caught the attention of the Italian investigators who realized that a person called Francisco Javier Gonzales from Tijuana was actually Salvatore Longo.

An international warrant made sure he was expelled from Mexico and then arrested in Madrid. On Wednesday, Spanish authorities had put him on a plane to Rome where Italian Antimafia police and customs officials finally detained him as he landed.

The Camorra is one of the oldest mafia-type crime organizations in Italy, presumed to be dating back to the 17th century. It is based in the region of Campania and its capital of Naples.