Tens of thousands of Romanians braved heavy snow in Bucharest on Saturday to protest bills passed by parliament seen as weakening anti-corruption efforts. 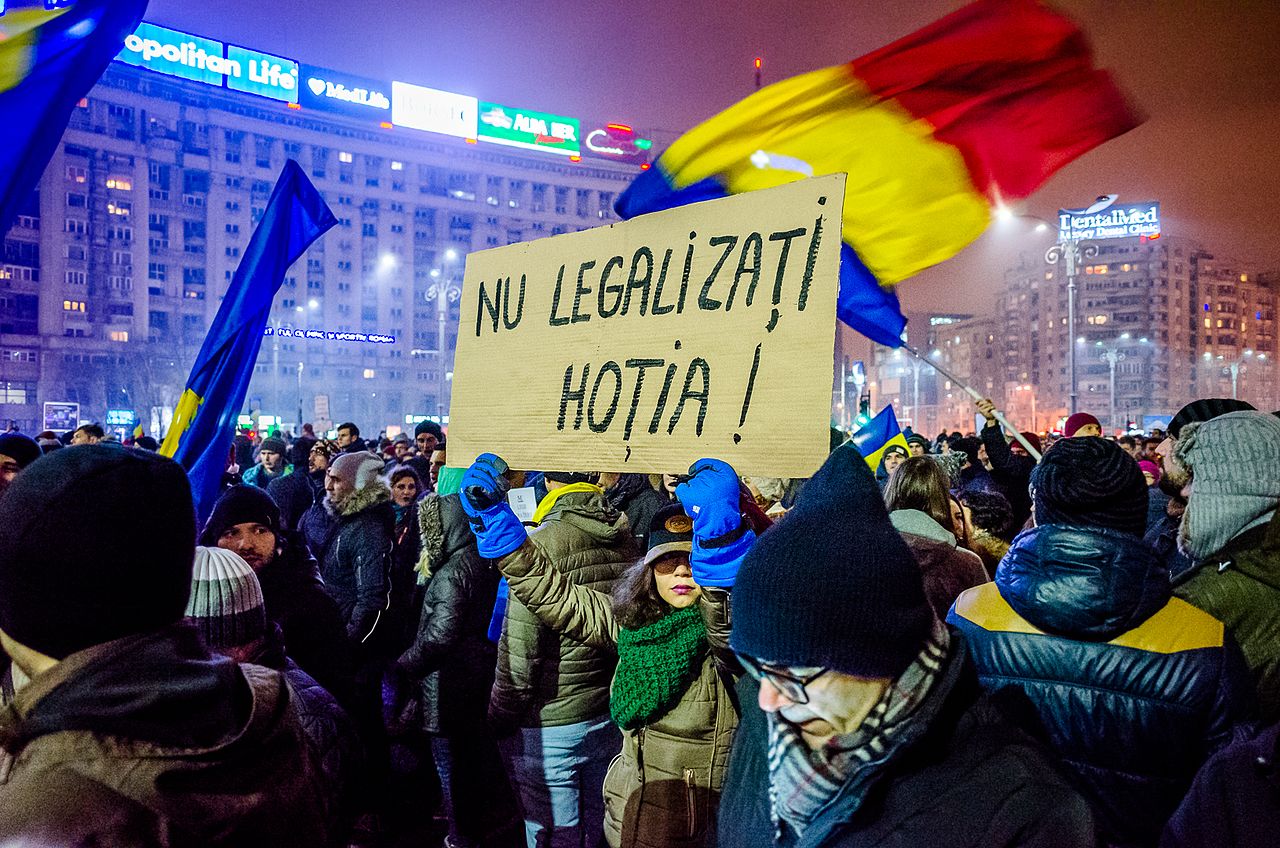 "No legalizati hotia!" 'Do not legalize thieves', declares a banner in Bucharest last year (Photo: Wikimedia Commons)Critics say the bills, passed by the country’s Social Democrat-ruled legislature in December, would make it harder to prosecute powerful individuals accused of fraud. The bills have not yet been signed into law by the country’s president, Klaus Iohannis.

An estimated 50,000 people marched through the capital city to the national parliament, the Associated Press reported. There were brief clashes with police.

The bills would, among other things, remove a ban on members of parliament owning businesses while in office.

They also include provisions creating a special unit to investigate members of the judiciary, a measure widely seen as an attack on the independence of the courts.

A separate bill would do away with punishments for criminal offences by office holders where the financial damage is less than US $240,000.

"I came here to live in a free country that is not full of corrupt people," protester Puica Marinescu was quoted as saying by Al Jazeera. "I want these assassins and mafia people who confiscated the revolution to leave the country."

Diana Gradinaru, a 45-year-old economist, told the Associated Press that the new laws might lead to “terrible thefts” by high-level officials.

President Iohannis has publicly criticized the bills, saying that allowing public officials to own businesses “diminished the standards of integrity” expected of them.

Last year, Romania saw its biggest protests in decades against an earlier attempt by lawmakers to loosen anti-corruption laws.

Romania’s Council of Europe-sponsored anti-corruption unit has reportedly put 72 members of parliament, including the speakers of the lower and upper houses, on trial since 2006.

Transparency International ranks Romania one of the European Union’s most corrupt states.