Italian police arrested 33 suspects and seized assets worth millions of euros as part of operation “China Truck”, a police statement said on Thursday. 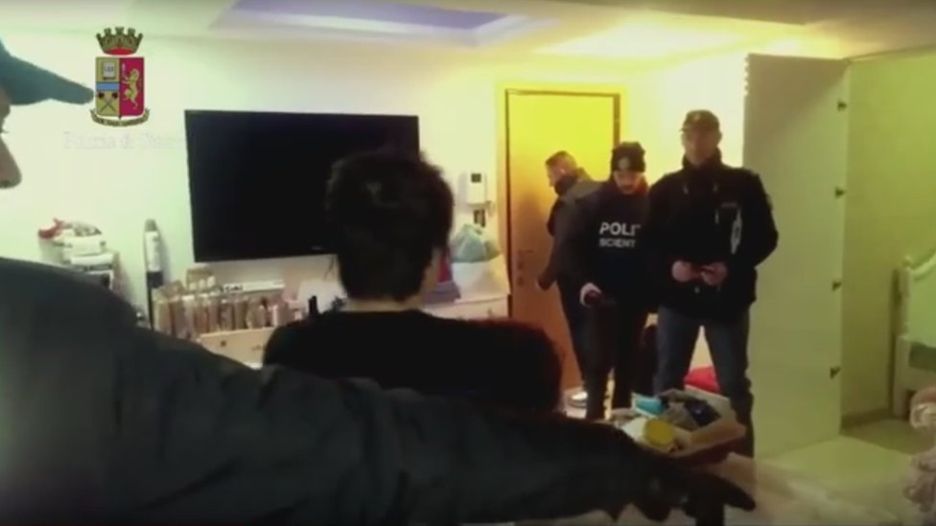 Italian police raid the home of suspected Chinese mafiosos ReutersThe operation is the culmination of a seven-year investigation into the Chinese mafia ring, which maintained affiliates as far as France, Spain and Germany. Another 21 people are still being investigated but have not yet been arrested.

The group used violence and intimidation against Chinese business owners to maintain a monopoly on transportation for the thousands of Chinese cheap fashion companies in Prato, Italy, reported The New York Times. It maintains its finances with side businesses in prostitution, gambling and the drug trade.

Prato, a Tuscan city north of Florence and one of the largest communities of Chinese immigrants in Europe, is home to around 4,500 Chinese companies that import textiles and other fashion components from China, assembling them cheaply and selling them across Europe.

“Controlling transportation for the thousands of Chinese fast-fashion companies in Prato is an enormous power,” the chief of the Prato police department’s investigative unit said in an interview with The New York Times. “It means easy access to Europe. Being a strongman in Prato means being strong in Europe.”

Rival Chinese gangs have historically competed for business in Prato, and are suspected to have murdered at least 40 people between 2005 and 2010, before the turf war that led to the ascendance of Zhang Naizhong and culminated in the killing of two young Chinese men with a machete in a restaurant.

Afterwards, Zhang became the “undisputed criminal boss” of the Chinese mafia in the area, according to a judicial source in contact with Reuters. He was among those arrested Thursday.

A court document provides a phone intercept of one exemplary conversation between Zhang and a few of his associates in France.

Both apparently agreed to join forces with him the next day.

According to Reuters, Italian magistrates estimate that Zhang’s group engaged in business activities worth “hundreds of millions of euros”.