The Securities and Exchange Commission of the Philippines has revoked the operating license of a major news platform Rappler in a move many lament as a blow to press freedom. Rappler and certain watchdog organizations suspect that the SEC’s ruling is a politically motivated effort by the Duterte administration to stifle criticism of the government. 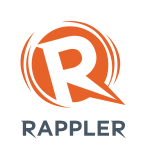 Rappler Had Its License Revoked By the SEC Monday (Photo: Rappler Logo)Duterte was named OCCRP’s 2017 Person of the Year for his role in “advancing organized criminal activity and corruption”. He has faced criticism in both Filipino and the international press for his illiberal governance and extrajudicial murder squads.

Rappler has won local and international awards for its reporting on the administration’s deadly war on drugs, and has been subjected in the past to hate mail, death threats and “unsubscribe campaigns” on Facebook waged by pro-government trolls, but the news platform was not always been maligned by Duterte.

Rappler first rose to prominence at the time Duterte, then mayor of Davao City and already nicknamed “the Punisher” for his brutal law and order policies, was running for president, according to a Bloomberg feature.

Rappler, emerging as an influential news source in the Philippines, hosted him at a 2016 forum for presidential candidates called #TheLeaderIWant. He was the only candidate to show up so he was given a two-hour exclusive interview with Maria Ressa, co-founder of Rappler.

Ressa says she was excited then with how Duterte was connecting with new voters and using online platforms such as Facebook and Rappler in campaigning.

“At the beginning I actually loved Duterte’s campaign on social media...because I felt like this was untapped potential,” Ressa told Bloomberg.

In his state of the nation address in July last year, Duterte directly warned the site, erroneously claiming that Rappler had violated the 1987 Constitution because the organization was "fully owned" by Americans.

The government has rejected allegations that Duterte's 2017 speech and the recent SEC ruling are attacks on press freedom, arguing that they are merely enforcing the law.

The SEC in its ruling said Rappler does not comply with the Constitutional provision requiring news outlets to maintain 100 percent Filipino ownership. Rappler argues back that the two foreign groups with stakes in their company, Omidyar Network and North Base Media, are composed of international journalists and investors with no ownership rights. A special financial instrument called a PDR license allows these groups to invest in Rappler without owning it, or having a say in day-to-day operations.

According to The New York Times, Rappler said that it told corporate regulators about its company structure when it started operating in 2012.

In a statement, Rappler condemned the SEC ruling as “pure and simple harassment” and a “seeming coup de grace to the relentless and malicious attacks against us since 2016.”

“This is a politically motivated decision, pure and simple, and just the latest attempt to go after anyone who dares to criticize the government,” said James Gomez, Amnesty’s regional director for south-east Asia and the Pacific, quoted in The Guardian.

“The decision, which is tantamount to killing the online news site, sends a chilling effect to media organizations in the country,” The Foreign Correspondents Association of the Philippines said.

Pending a court appeal, which a Rappler editor assured The Guardian its lawyers will file, Rappler must shut down within 15 days.