Luxembourg’s highest court on Thursday overturned the ruling against whistleblower Antoine Deltour, who in 2014 leaked documents revealing that the country had given multi-billion tax breaks to multinational companies, according to Deutsche Welle. 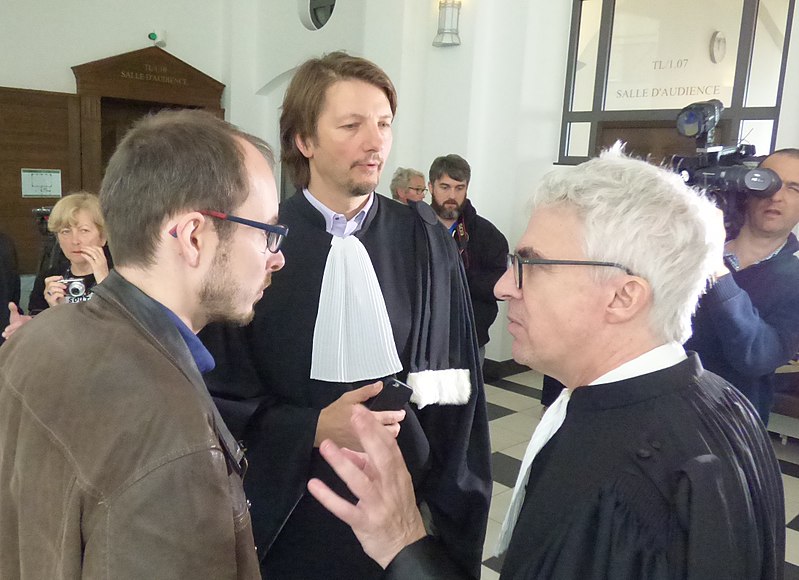 Antoine Deltour and his lawyers)at the Luxembourg Criminal Court (Photo: Ato Grosso, CC-BY-SA-4.0)Deltour had originally been given a 12-month suspended sentence and a US$1,666 fine for what became known as the LuxLeaks. He helped expose a revelatory 30,000-page document from his former employer, PricewaterhouseCoopers, one of the world's largest auditing firms.

The document detailed huge tax breaks amounting to billions of dollars given by the Luxembourg government to over 340 companies including Apple, Ikea, Pepsi, Disney and the Koch Industries.

Deltour appealed the June 2016 ruling, and in March of 2017 his sentence was reduced to six months. Although the high court’s decision determined that Deltour’s whistleblower status should have offered him protection-- thereby overturning all of the rulings of the lower courts--it upheld a conviction against his fellow leaker, Raphael Halet, according to the BBC.

Journalist Edouard Perrin, who first broke the story about the enormous tax breaks in Luxembourg on French TV in 2012, in collaboration with the BBC's Panorama, was acquitted in the original trial.

The ICIJ published the documents in 2014, garnering even more public attention and a statement from Jean Claude Juncker, now President of the European Commision, who was Prime Minister of Luxembourg at the time the tax breaks were given.

Back in April of 2016, lawyers for Deltour and Halet told POLITICO they intended to go the European Court of Human Rights if their clients were not completely acquitted.

Mr Deltour's lawyer, William Bourdon, told AFP news agency that the high court’s decision to overturn Deltour’s conviction "is a significant step in the protection of whistleblowers in Europe."

"For the first time in Europe, a high court recognises the jurisprudence of the European Court of Human Rights," he added.

Deltour will be given a fresh trial.