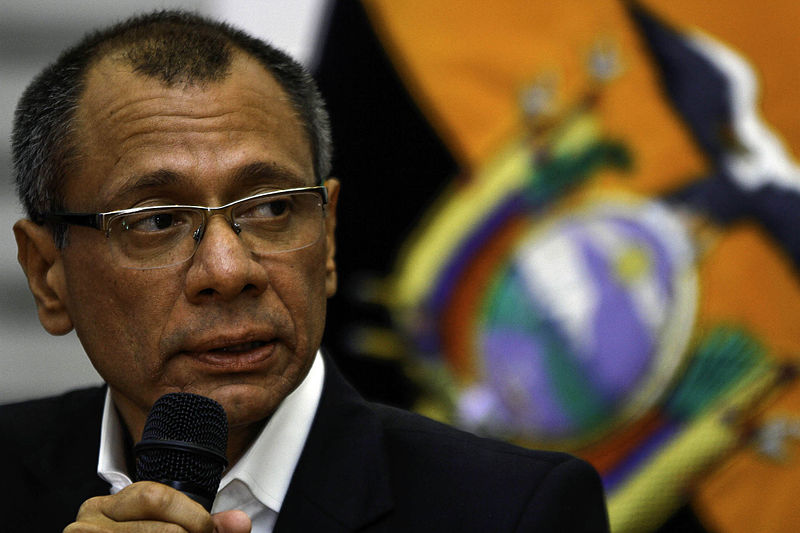 Jorge Glas (Photo: Agencia de Noticias ANDES, CC BY-SA 2.0)Glas, 48, is the highest-ranking official to be sentenced so far in the Odebrecht investigation, a probe that already led the company to admit guilt in paying $US 788 million in bribes between 2001 to 2016, and as a result, pay US$ 3.5 billion in settlements. The former vice president was accused of accepting around $US 13.5 million in bribes through collusion with his uncle, according to The Guardian.

Santos, an ex-executive at Odebrecht, told the court that the company’s bribery in Ecuador amounted to $US 33.5 million since 2007.

Glas first became vice president in 2013 under former president Rafael Correa. He was reelected in February and maintained his position until August despite a change in administrations. Current President Lenin Moreno eventually dismissed him as vice president with allegations that he was not a team player. He was put in preventative custody in October, reported BBC.

Senior politicians allegedly brought forth his case with corruption accusations.

Former president Correa said he thought the case against Glas was politically driven.

Glas’ lawyer claimed the ruling was “unjust,” “wicked” and barbaric.” He expressed intentions to appeal the decision.