Pakistan Looking in London for Evidence against ex PM 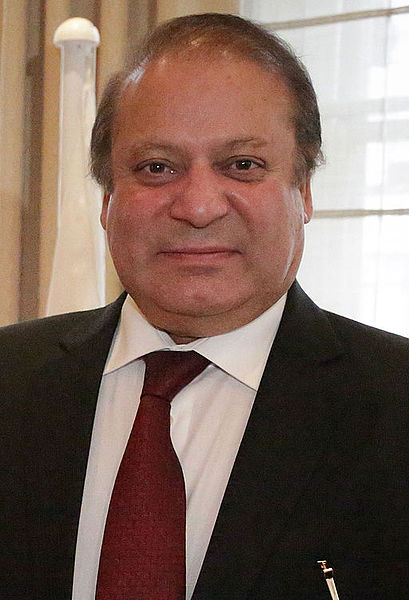 Nawaz Sharif (Photo: DFID - UK Department for International Development, CC BY 2.0)The National Accountability Bureau (NAB), Pakistan’s top accountability body, is working hand in hand with the UK National Crime Agency (NCA) and the Pakistani High Commission in London on  formalising how the investigation into the Avenfield apartments will be carried out.

The Pakistani investigators will record statements from witnesses and collect other evidence against the Sharif family which is suspected of corruption back home.

The prime accused are Hassan and Hussain Nawaz, the former prime minister’s sons. Earlier in October, Maryam Nawaz, said her brothers will decide themselves whether or not to appear before the accountability court in Islamabad.

“They are living abroad and Pakistani laws do not apply to them,” she said.

In July the Supreme Court ousted prime minister Nawaz Sharif after an investigation prompted by the Panama Papers leaks showed his daughter and two sons owned offshore companies registered in the British Virgin Islands and used them to buy flats in London.

The NAB court charges against Sharif relate to those apartments as well as to the establishment of two large-scale factory businesses in Saudi Arabia. The Sharifs deny any wrongdoing on all charges.

The anti-corruption court also declared on Monday the country’s Finance Minister an absconder after he repeatedly failed to appear before judges in a graft case associated to the Panama Papers leaks.

The court ordered Ishaq Dar, 67, who is currently on cardiac treatment in London, to post a bond in the next three days or authorities will freeze his assets.

On Thursday the court decided to turn to Interpol for help in bringing Dar back home to face trial.

"Dar is suffering from no such ailment that cannot be treated in Pakistan," the National Accountability Bureau said in a statement.