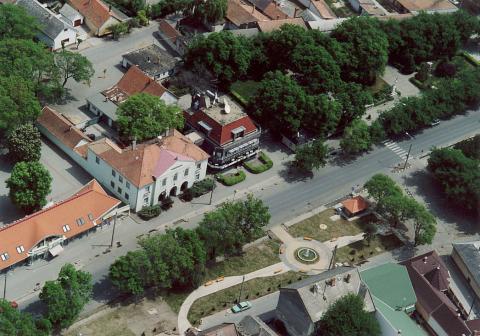 Hungarian authorities indicted Jozsef Mondok, the mayor of Iszak and member of the ruling conservative party FIDESZ, with financial fraud and forgery of documents on Friday, accusing him of using EU funds to build himself two hunting lodges.

Prosecutors claim that Mondok used grants from the European Agricultural Fund for Rural Development to construct the lodges.

The Kecskemet District of Investigation and Public Prosecution, according to Index.hu, has also indicted three others in what is casually referred to as the “Hunting Lodge Case.”

Among those charged Mondok’s son, a former employee of the Iszak Local History Museum who accepted public funds as a salary for his personal care-taking duties at the lodge, and a council worker who helped Mondok mis-allocate the structural funds.

According to the Budapest Beacon, both Mondok’s lodge in Iszak and his lodge in Karad—about a two-hour drive away—were built by Mondok’s company, Agro-Wild. In January, Mondok received US$ 133,000 through the Hungarian Ministry of Agriculture and went to work constructing the Iszak lodge. When Agro-Wild submitted its application for the EU grant money, Mondok was a sitting member of the jury at the association that managed the applications, reported 444.hu.

The charges leading to Mondok's final indictment were originally filed by Balazs Berkecz of the political party Egyutt, a social liberal opposition party in Hungary, reported the Budapest Beacon. Although Mondok paid back both EU grants in June, the indictments for fraud and forgery still stand. Mondok has been mayor of Iszak since 1998.