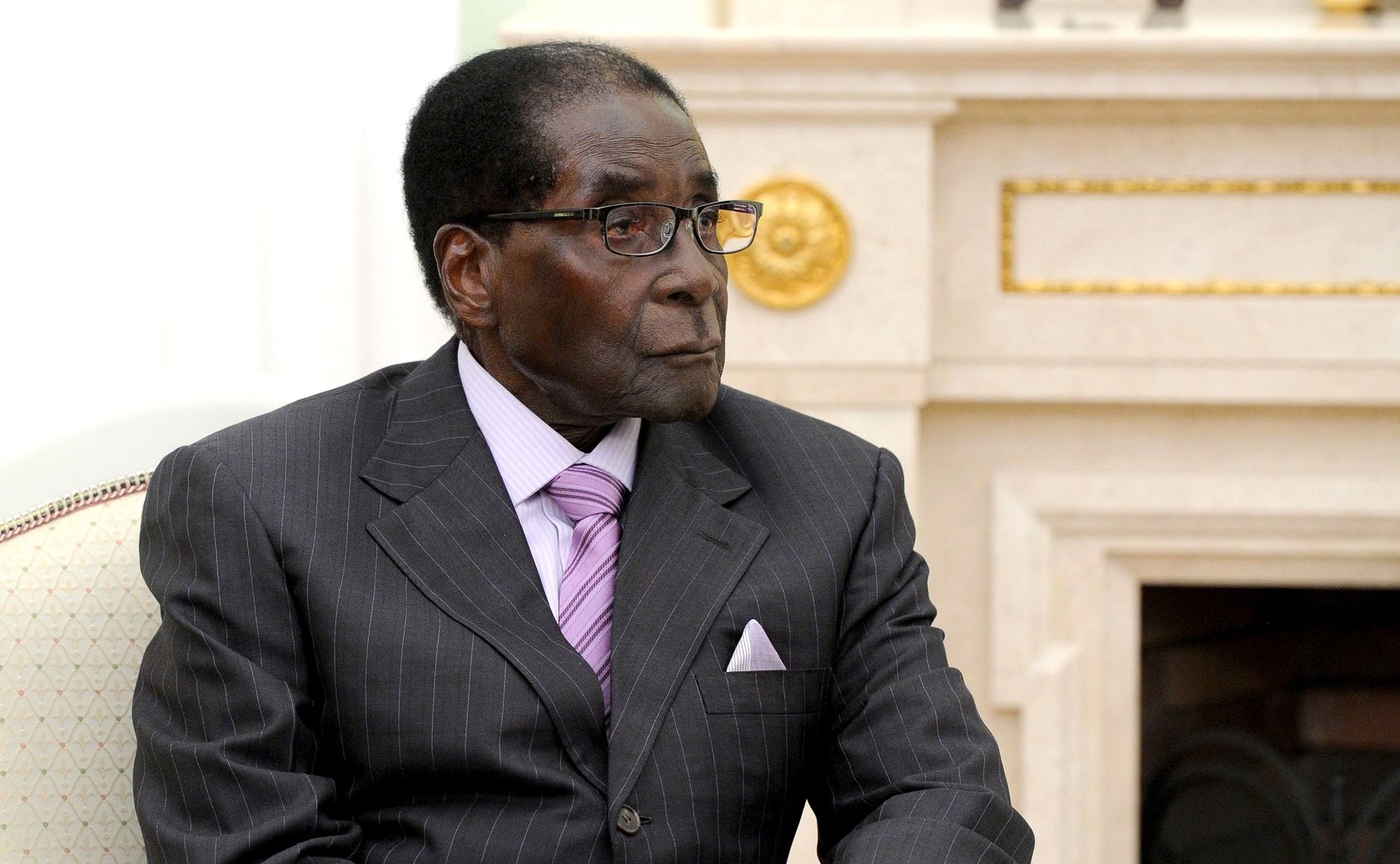 Robert Mugabe (Photo: The Kremlin)Chombo—a former university lecturer who became the country’s finance minister in October— is suspected of having attempted to defraud Zimbabwe’s central bank in 2004. He is believed to be the owner of greater than 100 properties in Zimbabwe.

Chombo told the court on Saturday that state officials arrested him at his home on Nov. 15 and kept him blindfolded for nine days. “There rushed in between five and six people wearing masks and all of them had guns. The guns were pointing at us,” Chombo said of his arrest. His lawyer added that he had been beaten in detention, and received care at a hospital for injuries before his appearance in court.

Chombo was an ally of Robert Mugabe, 93, the former president who had led Zimbabwe to gain independence from the British in 1980. Several of Mugabe’s other allies were also detained and ousted from power.

Mugabe resigned on Tuesday after the ruling party turned against him, and the military seized power in an operation titled, “Restore Legacy.” Emmerson Mnangagwa, Mugabe’s former vice president fired earlier this month, was sworn in on Friday as the third president in the history of Zimbabwe.

At the time of his resignation, there were motions to impeach Mugabe. After his 37 years in power, the battle against him began in reaction to Mugabe’s alleged efforts to ensure his wife Grace, 52, succeeded him, according to Al Jazeera.

Grace Mugabe was also detained on the same day as Chombo.

Crowds took to Zimbabwe’s streets Tuesday, celebrating Mugabe’s resignation. Some 70,000 people filled Harare’s main sports stadium on Friday to witness President Mnangagwa’s inauguration. "Key choices will have to be made to attract foreign direct investment to tackle high-levels of unemployment while transforming our economy," insisted Mnangagwa.

The new president also applauded the "founding father" Mugabe for his devotion to Zimbabwe’s independence. Mnangagwa condemned any form of "vengeful retribution" against Mugabe and his allies.

Chombo will be detained until the terms for his bail are determined on Monday.