Thousands took the streets across Romania on Sunday to protest against attempts by the ruling Social Democrats (PSD) to revamp the country's judiciary system, which would allegedly hamper the recent anti-corruption drive, news broadcaster Radio Free Europe/Radio Liberty reported. 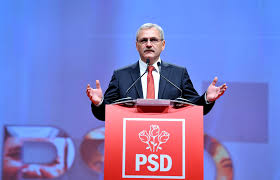 The European Commission, foreign diplomats, and thousands of judges have also criticized a new PSD-led coalition's proposed bill, which could potentially place the court system under political control.

An estimated 30,000 people marched to parliament in Bucharest, while about 20,000 more protested in about 70 cities.

The government's move is believed to likely undermine the fight against widespread corruption by curtailing the powers of Romania’s National Anti-corruption Directorate, the DNA.

A joint statement issued by 40 Romanian civil society groups and two trade union federations accused the country of having been "taken over by a political mafia," according to German media Deutsche Welle.

A special parliamentary commission started debating the bill last week, which the ruling party is expected to approve by the end of the year. The most disputed judicial changes involve an inspection unit that oversees magistrates’ conduct, the way in which chief prosecutors are appointed and the president’s right to veto candidates.

The protesters called for the resignation of the center left government led by Mihai Tudose as well as of the heads of the two chambers of Parliament, Liviu Dragnea, who is also the head of the Social Democratic party (PSD), and Calin Popescu Tariceanu.

Both Dragnea and Tariceanu have been prosecuted by the DNA over corruption charges.

Prosecutors froze Dragnea's assets this month as part of a probe into the misappropriation of US$ 25 million in European Union funds, which the European Anti-Fraud Office (OLAF) said came from the European Regional Development Fund for road construction. Dragnea has denied the charges.

According to Euronews, former prime minister Dacian Ciolos, who joined the protesters, said that “for Romania, it’s essential that justice is allowed to do its job and that no one uses political power in parliament or in government to undermine the system simply to serve the interests of certain political leaders who have judicial problems.”

“How do you trust wolves to make laws at the sheepfold,” the minister posted on his Facebook page before going to the protests in Bucharest.

It is the PSD's second attempt to overhaul anti-graft laws in Romania since the party came to power in December. In February, the first attempt to decriminalize official misconduct failed after it sparked the largest protests in Romania since dictator Nicolae Ceausescu was overthrown in 1989.If passed, the first decree would have protected dozens of public officials from prosecution for corruption.