Lu Wei, China’s Internet censorship architect, is under investigation by the Communist party’s anti-corruption agency for accusations of “serious disciplinary violations,” a statement by the Central Commission for Discipline Inspection said on Tuesday. 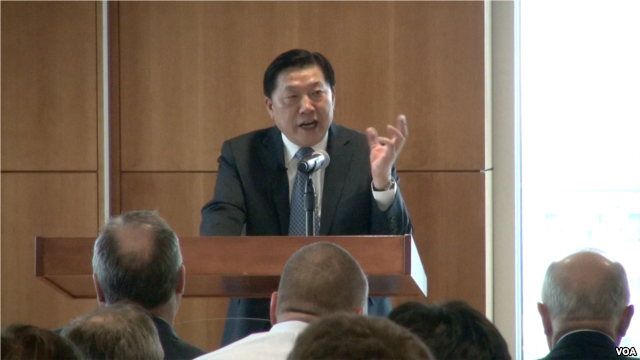 President Xi claims that corruption is the largest threat to the ruling Communist party, and has made it his mission to combat corruption during the last five years of his presidency. Last month, at the start of his second five-year term, he vowed to continue his anti-graft fight. His efforts resulted in the punishment of around 1.4 million party members thus far.

However, critics believe that Xi uses his anti-corruption fight to eliminate enemies and opposing political groups.

Lu began his career at the turn of the century as a journalist at the state-run Xinhua news agency. He first joined the political sphere as vice mayor of Beijing. During his three-year stint in the cyberspace administration, Lu became recognized as the architect of the Great Firewall, China's complicated Internet filtering and censorship system, which blocks many global online services, according to CNN.

TIME Magazine granted Lu a spot on their 2015 world's 100 most influential people list. "Whatever he does, the gregarious former propaganda chief is certain to affect the lives of billions," the magazine reported.

Lu famously visited the big names of Silicon Valley while in power, including the CEOs of Facebook, Amazon and Apple. During the visit Mark Zuckerberg purportedly attempted to charm Lu into expanding Facebook’s market into China by showing off a book of Xi’s speeches on his desk.

Lu claims that China’s Internet is not censored. "I have never said Facebook couldn't enter China. Nor did I say it could enter China,"he once said to deflect criticism about the Facebook ban.

The US think tank, Freedom House, ranked China last for freedom on the net in a 2017 study.