The family of Maltese journalist, Daphne Caruana Galizia, who was killed by a car bomb in October, is pressing conflict of interest charges against officials responsible for the murder investigation,  Politico reported Wednesday. 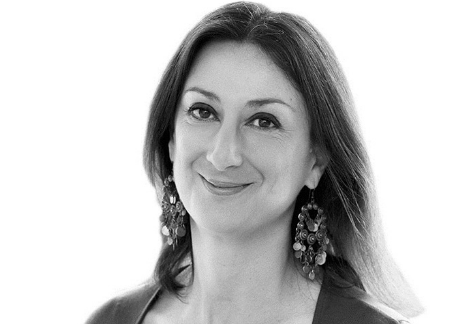 Photo credit: daphnecaruanagalizia.comGalizia's family members believe the investigation into her murder is biased because the police official overseeing her case, Silvio Valetta, is married to a politician Galizia has previously criticized in her writing.

Caruana Galizia was a prominent investigative reporter who contributed to the Panama Papers investigation and was a staunch critic of corruption on the island nation. Her blog openly called out Maltese underworld figures and public officials alike for alleged crimes and misdeeds.

Valetta's wife, Justyne Caruana (no relation to Galizia) is a senior member of the Maltese government and has recently been appointed as minister of Gozo by Maltese Prime Minister, Joseph Muscat, The Independent reported. Galizia has been very critical of Muscat in the past. Galizia's family sees this connection as a conflict of interest regarding the investigation.

Additionally, Valetta is on the board of the FIAU, Malta's Financial Intelligence Analysis Unit. Galizia was one of the journalists who uncovered several failings within the unit, the Times of Malta reported.

Maltese officials do not believe Valetta’s involvement in Galizia’s case is problematic, the Times of Malta reported. “As a board member of the FIAU, Mr Valletta does not have an operational role and would not even be informed what investigations the FIAU is carrying out,” said a Maltese police commissioner in a statement. “He should not lose his job just because his wife was appointed a minister.”

Galizia has tirelessly reported about crime and corruption throughout her career.

"A culture of impunity has been allowed to flourish by the government in Malta. It is of little comfort for the Prime Minister of this country to say that he will “not rest” until the perpetrators are found, when he heads a government that encouraged that same impunity," said Galizia's son, Matthew Galizia,  in a personal facebook post.