The EU said Thursday it was investigating unspecified offenses allegedly committed by the chief judge of its mission in Kosovo who resigned while accusing the mission of not promoting the rule of law but trying to bring down the Kosovar political class. 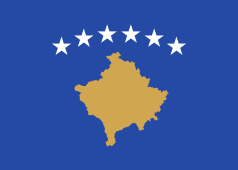 “Malcolm Simmons has been, over the past year, the subject of a series of independent investigations into serious allegations against him,” a statement by the European Union Rule of Law Mission in Kosovo, or EULEX, said.

The investigations are being conducted by a team, formed and based in Brussels and chaired by a former judge of the European Court of Justice, the statement said.

But Simmons told the French newspaper Le Monde that EULEX was "not a mission to promote the rule of law. It is a political mission. Anyone who thinks otherwise is either naive or stupid."

"EULEX wanted to bring down part of the Kosovar political class," he told the paper, adding that it wanted "certain individuals removed from political or public life."

In particular, Simmons alleged that he was pressured into convicting a Kosovo politician and ex guerrilla commander, Fatmir Limaj.

The British judge worked at EULEX since its founding in 2008 before being appointed chief judge in 2014.

He told Le Monde that he reported several cases of corruption within the mission and complained about another judge who hacked his private email account because he had a romantic relationship with another EULEX member and wanted to know what Simmons knew about it.

“I asked the UK Foreign Office and the EU to refer it to the police,” Simmons told the paper. “They both refused to support me.”

“They do nothing,” Simmons said, referring to the EU. “I do not want to be a part of this farce anymore,” he added.

In its statement EULEX said that "Simmons was requested to furnish all evidence in his possession to support his allegations, but - regrettably- has not done so yet."

The 800-person EU mission, that oversees Kosovo's justice system, was established in 2008 shortly after Pristina gained independence from Serbia.