A former Argentinian football official killed himself on Tuesday a few hours after a witness in the FIFA corruption trial that began in New York accused him of taking bribes, The Independent reported on Wednesday. 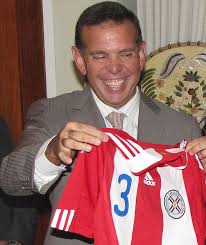 Jorge Delhon, a 52-year-old lawyer who worked with the Argentine government’s Football For All program, was alleged to have accepted U$ 500,000 per year between 2011 and 2014 to secure the broadcasting rights to international football games.

Alejandro Burzaco, a former Argentinian sports marketing executive, testified in court that he regularly paid hundreds of thousands in bribes to South American football officials, including to Delhon to secure the broadcasting rights to domestic club competitions. He said the money was sent to accounts in Asia and Switzerland or was paid in cash with US dollars.

Shortly after his testimony in court, police in Buenos Aires reported that Delhon had killed himself. He was found dead on rail tracks in the Lanus suburb of Buenos Aires after colliding with a train.

Burzaco has already pleadedguilty to corruption charges and has been assisting US authorities in the anti-graft investigation into Fifa since 2015.

It is expected to last five weeks as prosecutors have indicted more than 40 sports and football executives and called dozens of witnesses to testify and present 350,000 pages of evidence.