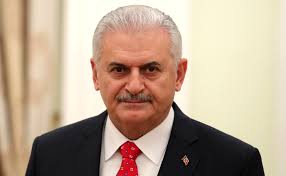 Kremlin.ru CC BY 4.0The story is part of the Paradise Paper project - an investigation into 13.4 million files leaked to German newspaper, Süddeutsche Zeitung. The paper shared the leak with the

International Consortium of Investigative Journalism and its 96 media partners worldwide, including Cumhuriyet.

The data shows how hundreds of notable faces including the Queen of England and Bono as well as Binali Yıldırım among many others, store their millions in tax havens - in this case Bermuda.

Yıldırım is suing Cumhurieyt for 500 thousand liras saying the Paradise Papers investigation is an invasion of his personal rights, the paper said.

The story the paper published revealed Yilidrim and his two sons are shareholders in five companies in Malta.

The Prime Minister explained that his sons are in the shipping business which “is a global business,” so that it was normal to have companies abroad.