In response to last month’s alleged irregularities in Venezuela’s regional elections, the US Treasury Department banned on Thursday 10 Venezuelan officials from traveling to the US, froze their US assets and prohibited Americans from doing business with them. 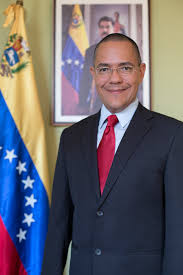 The new blacklisted individuals - top allies of Venezuelan President Nicolás Maduro - include several members of Venezuela's all-powerful Constituent Assembly, including a vice-president and bring the total number of Venezuelans sanctioned by the US to 40.

“These individuals are associated with undermining electoral processes, media censorship, or corruption in government-administered food programs in Venezuela,” the Treasury Department’s website says.

US authorities accused the officials of undermining the democratic process of elections held on October 15 that were overshadowed by “numerous irregularities that strongly suggest fraud helped the ruling party unexpectedly win a majority of governorships.” the statement said.

Despite calls for an independent audit of the election results, the Venezuelan government swore in the winning candidates through an oath of office before the Constituent Assembly which the US regards as illegitimate.

"The United States will not stand aside while the Maduro regime continues to destroy democratic order and prosperity in Venezuela," the website statement cited Secretary of the Treasury Steven T. Mnuchin.

"We will maintain our vigorous efforts to sanction Venezuelan government officials who are complicit in Maduro's attempts to undermine democracy, violate human rights, inhibit the freedom of expression or peaceful assembly, or engage in public corruption, unless they break from Maduro's dictatorial regime," he added.