Saudi authorities detained on Friday 201 suspects and froze some 1,700 suspicious bank accounts as part of a $US 100 billion corruption investigation, the Associated Press reported. 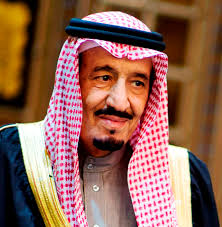 Secretary of DefenseThe corruption probe falls in line with dozens of royals, ministers and businessmen being detained in the same graft investigation on Saturday. The operation is spearheaded by Saudi Arabia's recently formed anti-corruption body created by Crown Prince Mohammed bin Salman.

The detainees are being held at luxury hotels across Saudi Arabia, like the Ritz-Carlton, the Guardian and Reuters reported. The new anti-corruption body was created only a couple hours before the arrests began last Saturday, al-Araby reported.

Attorney General Saud al-Mojeb explained the investigations that led to the first wave of arrests were “the completion of Phase One of [the] anti-corruption push," in a statement Saturday.

Those currently being held as detainees in luxury hotels include many notable faces like billionaire Prince Alwaleed bin Talal and two of the late King Abdullah's sons.

The UAE central bank has asked commercial banks and finance corporations around the country to provide them with information regarding the 19 Saudis detained on Saturday. Their investigation aims to recover billions of "illicit assets," Reuters reported.