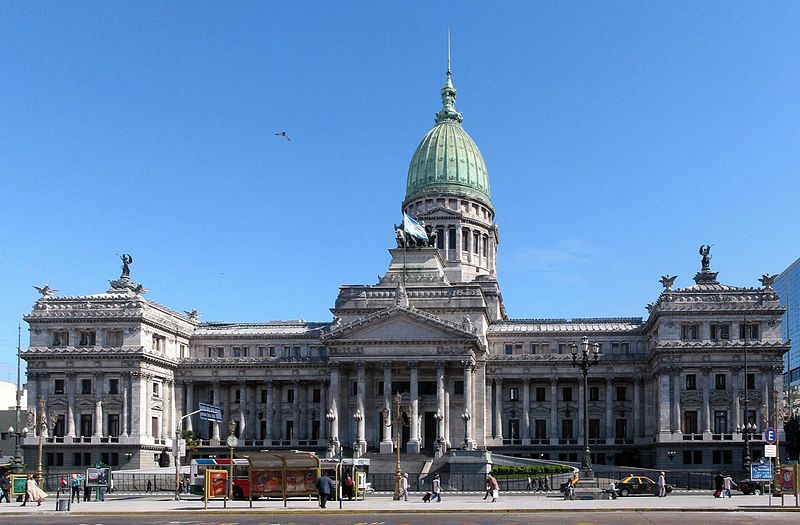 National Congress building in Buenos Aires (Photo: Jacobo Tarrío, CC BY 2.0)The Corporate Liability Bill allows courts to fine companies an amount of up to five times greater than the quantity the company acquired fraudulently. The bill also permits companies to be blacklisted from public contracts for a maximum of 10 years.

In a provision of the law, companies are able to negotiate agreements “lessening their punishments in exchange for providing pertinent information to prosecutors,” reported Reuters.

“We are changing! This law promotes business ethics and severely punishes companies that participate in corrupt acts,” tweeted Laura Alonso, head of the state’s anti-corruption office.

The law was first introduced to Congress in 2016—it passed through the House of Representatives and the Senate before approval by Congress on Wednesday.

The ratification of the law by Congress coincides with the arrests of two officials from the administration of former president Cristina Fernández de Kirchner. Former economy minister and vice president Amado Boudou was arrested on Nov. 3 on three corruption charges. Ex-minister Julio De Vido was arrested on Oct. 25 after turning himself in to authorities for corruption.

Macri voiced support for the law. He blamed prior inaction by Congress for stunting the corruption investigation into Brazil’s Odebrecht scandal.

The Organisation for Economic Co-operation and Development (OECD) also strongly backed the government’s implementation of the law. “Argentina remains in serious non-compliance to the OECD Anti-Bribery Convention,” wrote the organization in March.

Furthermore, the OECD suggested other measures to fight foreign bribery, including the expansion of judicial resources and urgent addressment of corporate corruption probes and prosecutions.