Russia has announced it will retaliate against Canada after Ottawa blacklisted on Friday 30 Russian officials alleged to be connected to the death of whistleblowing lawyer Sergei Magnitsky and a massive tax fraud scheme he uncovered. 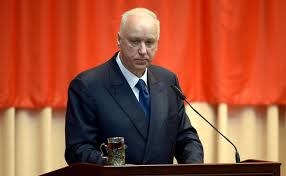 Chairman of the Investigative Committee Alexander Bastrykin (Photo: President of Russia, CC BY 2.0)

Canada passed last month a law that allows the government to ban the suspects from entering Canada and freeze their Canadian assets. The law also targets corrupt officials from any foreign government.

Magnitsky died in 2009 under unclear circumstances in a Moscow prison. Russian authorities had jailed him after he accused a number of tax and interior ministry officials of organizing a US$ 230 million tax scam.

Soon after the list was released, Russia’s Foreign Ministry said that, on a reciprocity basis, Moscow has decided to ban dozens of "Russophobic Canadian citizens who have consistently worked to destroy bilateral relations" from entering Russia.

The names of the sanctioned Canadian figures have not been revealed yet but the Foreign Ministry statement spoke of “dozens.”

"Canada's decision on extending anti-Russian sanctions under a false pretext of a hypocritical protection of human rights is absolutely senseless and reprehensible," said Kirill Kalinin, a spokesman for the Russian diplomatic mission in Ottawa, newspaper Al Jazeera reported.

The list also includes four judges who are suspected of having manipulated the case to deny Magnitsky his rights and protect his abusers, Interior Ministry Lieutenant-General Oleg Logunov and his subordinate Natalya Vinogradova, who is accused of having acted to deny Magnitsky medical treatment, as well as prison officials.

The sanctions have hit three South Sudanese figures who are believed to have been involved in the ethnic violence that took place in the country since its independence in 2011. They are former chief of staff of the Sudanese People's Liberation Army Paul Malong Awan, deputy defense chief Malek Reuben Riak Rengu, and Minister of Information and Broadcasting Michael Makuei Lueth.