More than 10,000 people rallied in Bucharest on Sunday against a proposal by Justice Minister Tudorel Toader that would overhaul the judicial system and undermine the country’s anti-graft efforts. 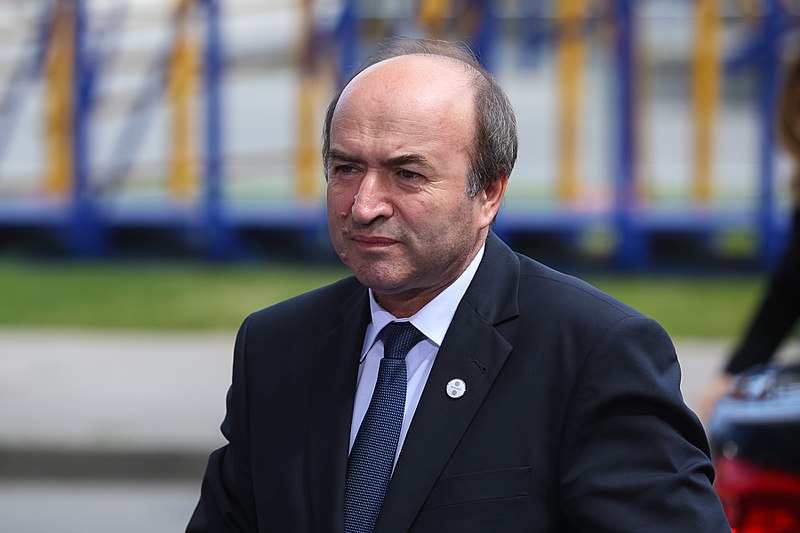 Justice Minister Tudorel Toader (Photo: Arno Mikkor, Aron Urb, CC BY 2.0)The protesters strode toward the parliament building sounding plastic horns and shouting chants such as “We don’t want to be a nation of thieves,” “Democracy is under siege” and “Justice, not corruption,” reported Deutsche Welle. Thousands more attended protests in dozens of other cities across the country.

Justice Minister Toader first announced the proposal in August. The details of the legislation included an overhaul of the anti-corruption prosecutor's office (DNA), which investigates magistrates’ conduct. The proposal also granted Toader the ability to hire and fire the country's top prosecutors. Under current law the president holds this power. Lastly, the legislation allowed an individual with a criminal conviction to be elected president.

Toader is a member of the Social Democratic Party that protesters labeled on Sunday “the red plague.”

A previous attempt by the Social Democrats to weaken anti-corruption measures sparked street protests in February, the largest demonstrations in Romania since the 1989 revolution.

“We are very angry...This government is incompetent,” said rally participant Tavi Carder, according to The Washington Post.

The centrist President Klaus Iohannis critiqued the legislation when it was revealed in August.

If the bill is passed in Parliament, “Romania’s efforts for more than 10 years will be wiped out and the justice system will go back to a time when it was subordinated to politics,” he said in a statement, cited by Reuters.

The president needs to sign off on the draft in order for it to be passed. Currently, the legislation is under debate in Parliament.

EU officials, the International Monetary Fund and various diplomats expressed disapproval over the proposal and have urged Romania to put more effort into reducing corruption. Transparency International ranked Romania as one of the most corrupt EU member states.