The Saudi Arabia's new anti-corruption committee has ordered the arrest on Saturday of 11 princes and 38 others, including sitting and former ministers as well as business tycoons, in raids across the country's capital Riyadh. 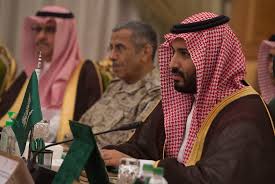 The anti-graft body, headed by Crown Prince Mohammed bin Salman, the King Salman bin Abdulaziz Al Saud's 32-year-old son, detained the officials and business people suspected of bribery, embezzlement, money laundering and abuse of power only a few hours after it was established.

It was granted broad powers to investigate cases, issue arrest warrants and travel restrictions, as well as disclose and freeze accounts and portfolios and seize assets.

According to Saudi-owned media Al Arabiya, the new anti-corruption committee is investigating the government's handling of the 2009 floods that devastated parts of the city of Jeddah and of the Middle East Respiratory Syndrome (MERS) virus outbreak. Both calamities killed several hundred people but also exposed endemic corruption in the Saudi government.

Saudi authorities have not confirmed the names of those detained but according to news broadcaster The BBC, the suspects include former finance minister Ibrahim al-Assaf, economy minister Adel Fakieh as well as former governor of Riyadh Prince Turki bin Abdullah and former head of the royal court Khalid al-Tuwaijiri.

They are suspected of taking advantage of their influential positions and inside information to make profitable business deals.

Prince Alaweed bin Talal, a nephew of the king who holds major stakes in News Corp, Citigroup and Twitter, faces allegations of of money laundering, bribery and extorting officials. With a net worth estimated at US$ 17 billion by Forbes, he is one of the richest people in the world, according to newspaper The Guardian. He co-owns the Four Seasons hotel chain along with Microsoft, and he is the sole owner of London's upscale hotel, the Savoy.

The detainees also include Prince Miteb bin Abdullah, one of the late King Abdullah’s sons, who allegedly hired ghost employees and awarded contracts to his own companies, including a $10 billion deal for walkie-talkies and bulletproof military gear. He was immediately removed as head of the powerful National Guard after his arrest.

The detainees are being held at the Ritz-Carlton hotel and other five-star hotels across the capital.

In a statement published by the Saudi Press Agency King Salman bin Abdulaziz Al Saud denounced the suspects as "weak souls who have put their own interests above the public interest, in order to, illicitly, accrue money."

“Not only do we have a new chapter opening up in Saudi Arabia, we have a whole new book, a whole new political alphabet with one exception: it's still all done in secrecy. Why those 11 princes, why those four standing ministers? Is it really just to consolidate power or is there more to it?” Bishara asked.

“Why isn't there more transparency and sharing of evidence about the setting up of the committee? We really are on the brink of dramatic changes,” he added.

Some believe Mohammad bin Salman's crackdown on corruption is designed in reality to exclude potential opponents.