A Paris court Monday ordered the release of the younger brother of Blaise Compaore, ex-president of Burkina Faso, pending a decision on his extradition in connection with the murder of an investigative journalist, news agency Reuters reported. 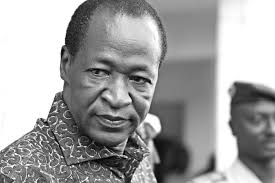 François Compaore was arrested by French authorities Sunday at Paris’s Charles de Gaulle airport on suspicion of inciting the 1998 killing of journalist Norbert Zongo, the editor of the weekly newspaper L'Indépendant.

Zongo was a critic of the Compaore regime and was investigating the murder of François Compaore's driver when he was killed.

He and three companions were found dead in a burned car in the south of the country. His slaying sparked violent protests against government repression in the country.

The younger Compaore is barred from leaving France until a court rules on an extradition request by Burkina Faso’s government, Reuters reported.

He was returning to France from Ivory Coast, where his brother lives in exile since they both fled the country after the regime was overthrown in 2014.

François Compaore's arrest is the latest development in the Zongo investigation.

The non-governmental organization Reporters Without Borders unsuccessfully called for a judicial inquiry against the then-president during his visit in Paris in 2000. A former presidential bodyguard was later charged, but the case against him was dismissed in 2006.

The case was reopened in March 2015 following the fall of President Compaoré's 27-year reign. It led to the arrest of three former presidential guard members in December 2015.

François Compaore’s lawyer, Pierre-Olivier Sur, said the case was politically motivated to damage Blaise Compaore, whom the Ivorian government refuses to extradite, according to Reuters.