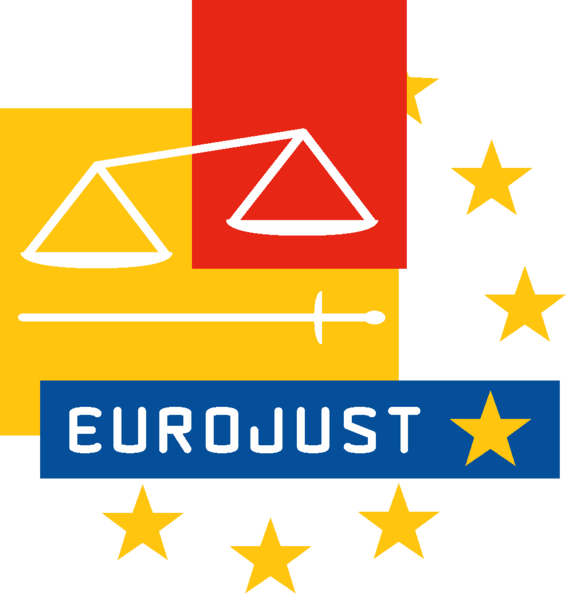 Eurojust Logo (Photo: Eurojust) The suspects—eight in Belgium, seven in Bulgaria and 11 in the UK—are thought to be part of a Europe-wide organized crime group, which is believed to have transported mostly Afghan, Pakistani and Vietnamese migrants for profit to Britain from Eastern Europe, according to a joint press release from Europol and Eurojust.

“People smuggling is a cruel and dangerous trade in which often vulnerable individuals are treated as commodities,” commented the UK’s Criminal & Financial Investigation Director Steve Dann.

“Many are passed into the hands of other crime gangs who would seek to exploit them for modern slavery purposes,” added Dann.

Several illegal migrants were also found in the searches Thursday, specifically those carried out in Belgium and the UK.

The raid was part of an investigation opened in January and funded by Eurojust, the EU taskforce for strengthening judicial coordination on cross-border organized crime. In June, national authorities from Belgium, Bulgaria, France, the Netherlands and the UK joined the joint investigation team with support from the EU’s law enforcement agency Europol.

In the UK, around 200 officers participated in the operation, which was codenamed Halifax, wrote BBC. In Belgium, police identified 110 smuggling vehicles, and were able to intercept almost half during the investigation.

“This operation is a good example of how we can bring together law enforcement from across Europe to work together to take on that threat and disrupt the organized networks involved in people smuggling,” said Chris Hogben of the UK’s National Crime Association.