Reporters who filed complaints against the European Parliament for not revealing how its members were spending their allowances were baffled by the arguments of the defense at last week’s court hearing, one of the plaintiffs told OCCRP Tuesday. 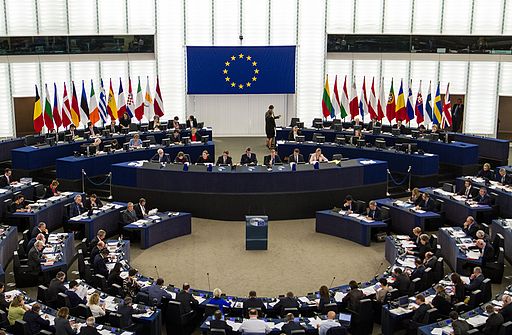 During the three-hour public hearing, the defense offered an additional argument: if lawmakers would reveal their spending, they would face such public criticism, that it would be impossible for them to do their job.

“I don’t understand how data about public spending by the only elected officials in the European Union could be deemed private information,” the head of the so-called “The MEPs Project” – which seeks to shed light into the MEPs spending of taxpayers money – Anuska Delic told OCCRP.

“We are not asking the court to release documents on how MEPs spend their paychecks. What we demand to know, and should have the right to investigate, is how they spend their travel allowances, staff budget, and similar,” she said.

After the European Parliament refused to disclose information about such spending, Delic and 28 other journalists who took part in “The MEPs Project” filed complaints in 2015.

“These are all expenses which are to be spent exclusively in connection to the MEPs’ public duties. Even the EU Commissioners recently released documents on their travel expenses. How come those are public?” she asked.

The defense claimed that one would have to go through millions of papers that are kept in cupboards from ceiling to floor in order to answer the journalists’ questions and that is just too much work.

Delic was shocked by this explanation. Journalists working on the Panama Papers leaks sifted through 11,5 million documents, she said. “I don’t know when the court will finish its deliberation of the cases at hand. I hope we are talking about months not years and I hope that the court will understand the need to shine a light on public spending of representatives of EU member states,” Delic said.

Meanwhile, the reporters continued to prod and found out that hundreds of members of the European Parliament are potentially misusing EU funds meant to pay for offices in their home country, but at least 249 of these offices either do not exist or are nowhere to be found.

Each month MEPs are given a tax-free lump sum of €4,342, called the General Expenditure Allowance (GEA). The fund costs the EU around €40 million annually and is meant to provide MEPs with national offices that, among other things, should keep them in touch with citizens.

The series of investigations across all 28 members states, however, found that in 249 cases MEPs either said they have no offices, refused to reveal their addresses or the locations could not otherwise be tracked.

Reporters found that, for example, eight German MEPs own the building where their national offices are located.

Nineteen MEPs throughout the Union confirmed they work from home and 38 confirmed that they sub-let these EU-funded offices to a local or national political party branch, while others refused to answer the question.