One of Malta's most prominent investigative journalists – the reporter who uncovered the country's Prime Minister's ties to the offshore business scandal revealed by the Panama Papers leak, was killed on Monday in a horrific car bomb attack. 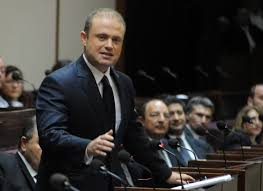 Daphne Caruana Galizia, 53, had just left her home in Bidnija, near Mosta, when a powerful blast broke her rental car into pieces that flew into a nearby field. One of her three sons heard the explosion and rushed outside. He was too late to save his mother.

Caruana Galizia – described by Politico website as a “one-woman WikiLeaks” – had been tirelessly investigating and exposing high-level corruption on her “Running Commentary” blog.

The BBC reported that Maltese Prime Minister Joseph Muscat – the target of Caruana Galizia's criticism – called her killing a “barbaric attack on a person and on the freedom of expression.”

“Everyone knows Ms Caruana Galizia was a harsh critic of mine, both politically and personally, as she was for others too,” he said in a press conference held shortly after the attack.

But he also said that there could be "no justification... in any way" for the car bomb.

"I will not rest before justice is done," he added.

Four months ago, Muscat's Labour Party won an election he called early because of the journalist's allegations that he and his wife were involved in the Panama Papers scandal. A stupendous leak of more than 11.5 million documents from the internal database of the offshore law firm Mossack Fonseca details offshore connections of world politic and economic figures and their relatives and associates.

In the final entry on her blog, posted less than an hour before her death, she wrote that Schembri, had on several occasions been bribed into using his influence.

“What happened today is not an ordinary killing. It is a consequence of the total collapse of the rule of law which has been going on for the past four years,” said the Nationalist Party leader Adrian Delia in a statement, according to The Guardian.

The nationalist party is the country's main opposition party to Muscat's Labour party. Delia was also probed by Caruana Galizia for his alleged involvement in a prostitution scandal in London.

The Deutsch Welle, Germany's public international broadcaster, reported that the blogger had complained to police two weeks ago about threats.

Her family has filed a court application requesting that the investigative magistrate appointed to her case be removed. Judge Consuelo Scerri Herrera was another subject of the journalist’s reporting who criticized her for her dubious private life and her connections with politicians and media figures. Herrera had launched judicial procedures against Caruana Galizia for harassment. She agreed on Tuesday to abstain from conducting the investigation.

One of Caruana Galizia’s sons, Matthew, a journalist and programmer who works for the International Consortium of Investigative Journalists (ICIJ) which uncovered the Panama Papers leaks in 2014 and leads the project in collaboration with more than 100 medias.

He wrote on Tuesday morning that “This was no ordinary murder and it was not tragic. Tragic is someone being run over by a bus. When there is blood and fire all around you, that’s war. We are a people at war against the state and organized crime, which have become indistinguishable.”

ICIJ director Gerard Ryle issued a statement on the organization's website stressing that “Caruana Galizia has been at the forefront of important investigations in the public interest and has exposed offshore dealings of prominent political figures in Malta.”

According to the BBC, FBI officers have been dispatched to Malta to assist with the investigation.

On Monday evening, thousands of people held candles in a vigil for the reporter in the town of Sliema.