China's anti graft watchdog announced on Sunday that about 1.34 million lower-ranking officials, including 648,000 Party members, have been sentenced for corruption in China since 2013, Reuters reported. 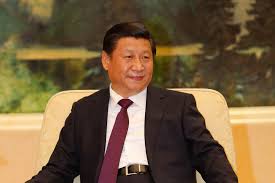 Shortly after becoming the Communist Party’s leader in 2012, China's president Xi Jinping has launched an anti-graft campaign to root out corruption at all levels, targeting both high-level and grassroots-level officials – dubbed “tigers” and “flies”.

The Communist Party of China (CPC) Central Committee has focused for the last five years at what it considers as the four forms of decadence – formalism, bureaucracy, hedonism and extravagance.

Its Central Commission for Discipline Inspection (CCDI), a disciplinary watchdog headed by President Xi's close confidant Wang Qishan, revealed the outcomes of the nationwide crackdown on corruption ahead of the 19th Congress of the party, scheduled for October 18, during which Xi is expected to get re-elected for a second five-year term.

The CCDI said that more than 3,339 fugitives were captured throughout more than 90 countries and regions and about 9.36 billion yuan (around US$ 1.41 billion) were recovered, online newspaper Xinhuanet reported.

As a result, 94.8 percent of country-level party bureaus have set up anti-corruption monitoring mechanisms.

The targeted high-ranking figures include the two vice chairmen of the Central Military Commission, Gen Guo Boxiong and Gen Xu Caihou, who were accused of awarding top military posts to the highest bidder. Guo was sentenced to life imprisonment in July last year while Xu died of cancer in 2015 while in custody.

The head of the anti-graft committee for China’s Ministry of Finance was also investigated for corruption in August.

However, the CCDI's report shows that in 2016 less corrupt officials fled overseas to escape justice than in the previous years, their number declining from 101 suspected fugitives in 2014 to 31 in 2015 and 19 in 2016.

According to newspaper Vanguard, critics claim president Xi's anti-graft campaign was intended to wipe out political opponents and consolidate the president's power.