Italian police announced on Wednesday that they have seized 11 million euros (US$ 13 million) in assets and arrested 37 people, including two Italian Carabinieri officers, who were allegedly involved in mafia-type extortion related to fruit, fish and drugs. 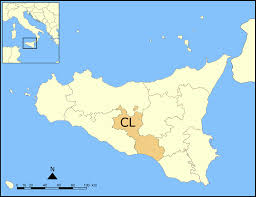 Province of Caltanissetta, Italy (Photo: NormanEinstein, CC BY-SA 3.0)The suspects are members of the Rinzivillo family, a powerful clan operating in the Sicilian Caltanissetta province.

The clan is believed to have been extorting money from restaurant owners with the help of the two detained Carabinieri officers who allegeldy provided them information from their database.

They for instance threatened the owner of the upscale Rome restaurant Via Veneto to pay US$ 212,000 over fruit and vegetable deliveries.

The arrests show how the Sicillian Cosa Nostra had infiltrated Rome businesses through legitimate fresh and frozen fish front companies and how it was cooperating with mafia syndicates from other regions of Italy.

Among the arrested was a lawyer who had connected the Rinzivillo clan to the infamous 'Ndrangheta and Camorra, according to media.

“In Rome, we are used to dealing with the 'Ndrangheta and the Camorra and instead here, since the summer of 2014, we have been facing a recognizable, visible organizational structure of an important Mafia family from Agrigento, the Rinzivillo,” said Prosecutor Michele Prestipino Giarrita, The Washington Post reported.

According to Deutsche Welle, the Renzvillo clan had expanded its drug trade activities in Karlsruhe and Cologne, in Germany where two of the 37 suspects were arrested.