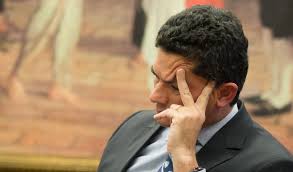 PT Brasil CC BY 2.0In an acceptance speech for the Notre Dame Award, bestowed for contributions toward human development, Moro addressed the exceptional successes of anti-corruption agents that drive the investigation toward a clear end.

“Several cases have been already tried and several powerful criminals are serving prison time after being convicted in an open court and with due process of law,” the judge said during the ceremony in São Paulo, Brazil.

“A great part of the work is already done,” he concluded.

These remarks come after three years of intense executive shakedowns and more than US$ 3 billion recovered from exposed bribery schemes, as detailed in The New York Times.

In 2014, Operation Car Wash began from a routine investigation into a money laundering scandal of Brazil’s national oil company Petrobras. Upon deeper investigation, police discovered this case was only one junction in an extensive web of corruption amongst executives and politicians.

As head judge assigned to the case, Moro boldly denied bail to the rich to prevent influence from obscuring justice. Once commonplace for those accused of corruption to meet a quiet, undeserved settlement, this keen move to fight those in power made Moro a national hero. The Notre Dame Award is only one instance in many displays of praise.

Nonetheless, these successes were not without obstacles. Earlier this year, Jonathan Watts of The Guardian reported Brazil’s government attempt to hamper the investigation by, “slashing the federal police budget by 44% and reducing the number of agents working on it.”

He insisted, “there are reasons to keep faith in the future, to maintain an infinite hope that the days of impunity and widespread corruption are coming to an end.”