US: Stolen 2,300 year-old Bull’s Head Seized from the Met Must be Returned to Lebanon

A 2,300-year-old marble bull's head that was on loan to the Metropolitan Museum of Art in New York is stolen property and should be returned to Lebanon, art newspaper Artnet cited US authorities on Tuesday. 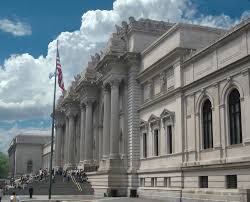 A senior official at the Manhattan District Attorney’s office, Matthew Bogdanos, submitted a 68-page document to the New York State Supreme Court last Friday, stating his position in the ongoing dispute between the Lebanese government and a pair of Colorado collectors over the rightful ownership of a marble sculpture identified as of Greek origin dating back to around 360 BC.

The 13 inches tall antiquity is believed to have been excavated in 1967 and stolen from a warehouse in Lebanon during the civil war in the 1980s.

It was bought in 1996 by US collectors, the Beierwaltes, from collector Robin Symes for over US$ 1 million. They then sold it in 2010 to collector Michael Steinhardt through New York dealer Hicham Aboutaam, owner of Phoenix Ancient Art Gallery.

Steinhardt loaned the head to the Metropolitan Museum of Art but in 2014, a curator alerted Met authorities that the artifact may have tainted provenance.

The controversial object was swiftly seized by the Manhattan DA, pending an investigation over the allegations while the collector requested the Beierwaltes to take it back and compensate him.

The Beierwaltes sued both the Lebanon’s director general of antiquities (DGA) and the Manhattan DA, arguing that they had title to the antiquity.

They said that they bought the object in good faith. They argued that Lebanon had not reported the item as stolen for 50 years.

According to media, Bogdanos' report points out the lack of information regarding the provenance of the head and the prior chain of ownerships. The senior official claims that no evidence of Robin Symes' legal right over the relic was found.

He thus argues that the Beierwaltes failed to conduct due diligent research that would have, if carefully carried out, exposed the gaping holes.

Bodganos also underlines the fact that Symes was involved in a global antiquities trafficking network at the time of the purchase.