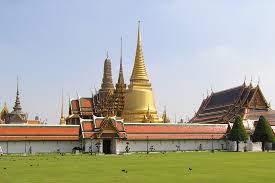 The police suspect that between 2012 and 2017 the four monks – two assistants abbot and two abbots and monastic chiefs – and 15 accomplices have misused about US$ 4,202 million in state subsidies from 23 temples by wiring the money onto personal accounts of state officials.

Authorities raided 14 locations to seek additional evidence to support the criminal charges. They discovered gold bars weighing about 1.2 kilograms and worth about US$ 52,818 at one of the abbots' home.

Six suspects acknowledged the embezzlement but denied any personal involvement in the case.

To date, the monks have been summoned to answer the charges. According to local media, Prime Minister’s Office Minister Omsin Chiwaphruek said authorities would seek arrest warrants in case the suspects failed to answer the summons.

The investigation is part of recent efforts of the National Office of Buddhism (NOB) to bring more transparency within the Buddhist community after it saw high-profile scandals over murder, drugs and sex as well as misappropriation of funds.

The government had planned to introduce a law compelling more than 40,000 temples to declare their assets and financial records. But, following strong protests from the clergy, the project was withdrawn and Pongporn, the reform's initiator, sacked.