Italian police put seven university professors under house arrest and banned another 22 from academic roles for the next year for alleged exam rigging, the Business Standard reported on Tuesday. 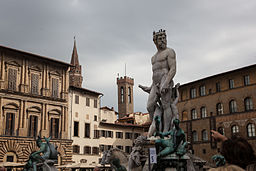 Florence, Italy (Mhorgan, CC BY-SA 3.0)The arrests were part of a larger probe that has targeted a total of 59 academics. The professors are accused of evaluating students not based on merit but based on their “personal, professional, or group interests,” according to investigators, cited by the Business Standard.

The corruption was exposed by Philip Laroma Jezzi, a research fellow at the University of Florence, who was allegedly pressured by several professors to withdraw his candidacy for an exam to qualify as a tax-law teacher in favour of a less qualified candidate.

In return, he was allegedly promised to pass the exam next time he applies.

When Jezzi questioned their way of awarding qualifications, he was apparently told: "What will you do, appeal? That way you'll risk your career. Stop doing things the English way and do them the Italian way," Italian daily Repubblica said.

Jezzi reported the incident to police and started his quest.

He spent the subsequent year secretly recording conversations with senior academics which revealed widespread nepotism among heads of Italian university departments known as “baroni”, according to digital news publisher in Italy, The Local.

The suspects acted "according to a logic of divvying up territorial spoils and an exchange of favors of mutual benefit," investigators said, according to the Business Standard.

"They did not evaluate candidates on the basis of merit but according to their personal, professional or group interests."

Among those investigated is former minister Augusto Fantozzi, who held cabinet positions between 1995 and 1998. Fantozzi has denied any wrongdoing.

"News like this hurts the university community and casts a shadow over the work and commitment of many researchers and academics and, in general, on the Italian university system," the rector of Florence’s university, Luigi Dei, said in a statement following the arrests.