A German court sentenced on Tuesday a former intelligence agent to one year of probation for attempting to share state secrets in jihadist online chats, Deutsche Welle reported on Tuesday. 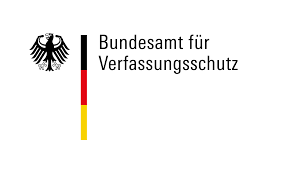 But the agency put him under surveillance after it became suspicious that he had become radicalized.

He was arrested last November after he leaked confidential information about BfV operations with an agent who pretended to be a Salafist.

The case attracted considerable media attention as Roque M. was at first believed to be an Islamist mole who managed to pass all the security controls and infiltrate the country's domestic spy agency.

The German Interior Ministry and the BfV contented at the time that the case of Roque M. proved internal security measures worked as he was quickly nabbed.

"We have no indications that there are fundamental structural problems," Interior Ministry spokesman Tobias Plate said in November last year. "On the contrary, the office itself was involved in uncovering this person."

The suspect was freed in July after it was clear to authorities that he was not planning an attack nor had he real tied with Islamist groups. Prosecutors could then only charge Roque M. for attempting to share state secrets.

The former spy had posed as a jihadist planning an attack in online chatrooms merely to kill his boredom while he was at home watching his disabled son.

It was "an escape from reality," he said in court.

He even organized a meeting with a suspected Islamist at a gym, although Roque M. claimed he never intended to go through with it.

"I never met with any Islamists. I would never do that. The whole thing was like a game," he said at the start of his trial, The Local reported.

He also offered Islamists to help with an attack on the agency's headquarters in the city of Cologne because it was "in line with Allah's will."