Corruption accusations against Pakistan’s former Prime Minister Nawaz Sharif and his children are mounting, with judges summoning the family to appear in court on September 19 in cases related to revelations from the Panama Papers. 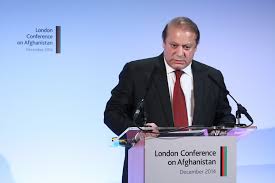 The Islamabad-based Accountability Court asked on Wednesday Sharif and his children — Maryam, Hussain and Hassan - to appear in front of judges on September 19 in relation to a UK based Flagship Investment Company.

Then same court on Thursday ordered Sharif, his children and son-in-law, captain Muhammad Safdar, to again appear on September 19 in relation to two other companies, Azizia Steel Mill and Hill Metal, as well as London appartments Avenfield.

The NAB also recommended that the names of the Sharif family be put on the Exit Control List (ECL) to prevent them from leaving the country. And their assets to be seized and bank accounts to be frozen.

In July, Pakistan’s Supreme Court removed Sharif from the position of the prime minister after inveasigators found enough evidence for him and his family to be prosecuted over their ownership of luxury residences in London as well as offshore companies, revealed in the Panama Papers leaks.

Sharif came in power after 2013 elections with a huge vote majority. He petitioned the Supreme Court ruling but after revieweing his case, the judges confirmed it.

Media say, many more corruption cases are to be launched against the family.

If convicted, Sharif can face up to 14 years imprisonment and lifelong disqualification from holding public office including the freezing of bank accounts and assets.

Pakistan has for decades been plagued by pervasive graft, as well as by rivalry between the military and civilian politicians.