A former Texas police chief of a small town close to the Mexican border pleaded not guilty on Tuesday to charges that he helped drug traffickers smuggle cocaine, broadcaster 710 Kurv News Talk reported. 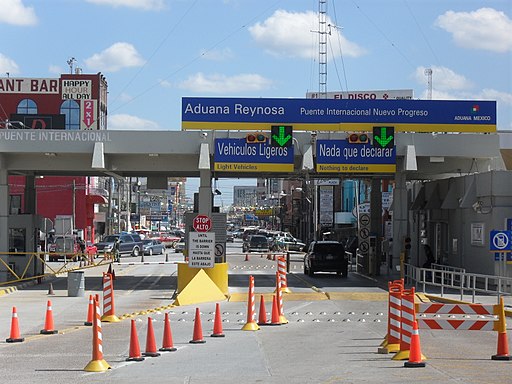 The US-Mexican border near Progreso (Photo: Bing722 CC BY-SA 3.0)Geovani Hernandez, 43, a former police chief in the town of La Joya and police sergeant in nearby Progreso, is accused of negotiating a cash payment in return for providing police protection for a vehicle he knew would be smuggling cocaine through the Progreso area of Hidalgo County, the criminal complaint states.

A confidential informant first approached US authorities in August 2016 about police-assisted drug trafficking happening in the area and Hernandez’s name came up, according to San Antonio Express News.

Hernandez met with a second confidential informant in May allegedly bragging about his connection to a deceased gulf cartel boss that would enable him to travel into Mexico's gulf cartel territory "without any problems."

He intended to use the money to finance his campaign for Hidalgo County Constable, an elected law enforcement job in the region.

The informant contacted Hernandez in July about assisting with "items" on the 22-mile trip between the two Texas towns of Progreso and Pharr in exchange for US$ 5,000.

Hernandez told the informant "not to tell him what the vehicle would be transporting, not to discuss any details on their current cellphones, and to buy new cellphones," according to court documents.

On July 15, federal agents loaded 10 kilograms of white power bricks into a vehicle, including one kilo of actual cocaine in what was dubbed Operation Blue Shame.

The vehicle made it safely through Progreso with Hernandez’s help. The next day, the informant gave Hernandez the promised US$ 5,000, according to the documents.

Hernandez was arrested on August 14.

He was fired from his job with the Progreso police on the day of his first court appearance, the Monitor reported.