The billionaire at the centre of Brazil’s meat-packing corruption scandal was arrested Sunday after his lawyers accidentally sent the wrong tape to prosecutors and revealed his guilt. 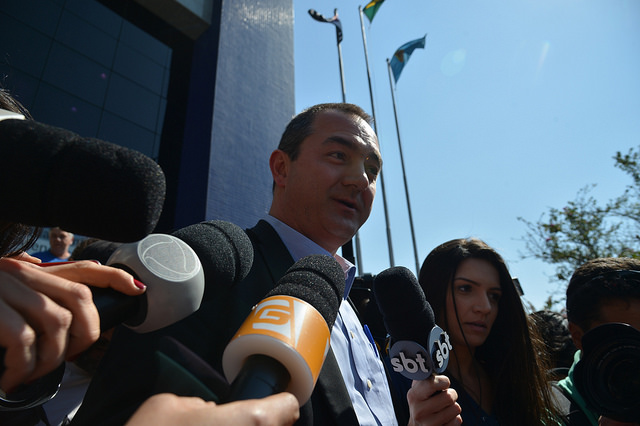 The judge accused Batista of withholding evidence he was obliged to provide as part of a plea deal bargain.

The tycoon is at the centre of a corruption scandal, in which current president Michel Temer is also accused of planning to accept US$ 11.5 million in bribes from the meat processing company.

Under the plea bargain, Batista and his brother Wesley admitted to paying more than US$ 192 million in bribes to approximately 1,900 lawmakers, according to the LA Times.

The brothers were granted lenient treatment in return for Batista revealing all he knew about the alleged scheme.

The billionaire had reportedly made a secret recording in May of Temer admitting to paying bribes to a Brazilian politician. However, as his lawyers were sending the evidence to the prosecutor’s office, they mistakenly attached a recording that incriminated Batista, the BBC reported.

In the four-hour recording, which was leaked to the press, Batista and Saud discuss crimes they hadn’t confessed to in the plea deals and had hid from prosecutors, according to Reuters.

Batista insinuates in the conversation that he got the plea deal by arranging former prosecutor Marcelo Miller’s current job at a law firm used by JBS.

"We’re the jewel in their crown. We’re going to come out of this as everybody’s friends, and we’re not going to be arrested," he said, the LA Times reported.

Saud is also heard telling the tycoon that Miller was, in turn, trying to influence Brazil’s chief prosecutor Rodrigo Janot on the terms of the plea deal, according to Bloomberg.

According to the Supreme Court judge, if Batista and Saud remained at liberty they would continue to see advantages in concealing evidence.

In a previous video testimony, he admitted that his company’s meteoric rise wouldn’t have been possible without the help of politicians, large-scale bribery and sweetheart deals with the country’s state development bank BNDES.

President Temer, meanwhile, has called Batista an unreliable witness and has denied the allegations against him, according to the BBC.