A retired Army colonel was arrested on federal charges Tuesday for plotting to bribe senior Haitian officials related to a US $84 million port development project, the US Justice Department said. 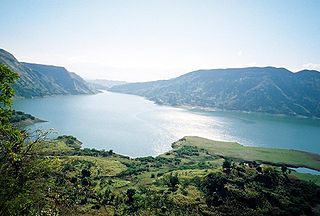 Lake Peligre, Haiti (Photo: Wikimedia Commons)Joseph Baptiste, 64, allegedly solicited bribes from undercover FBI agents pretending to be interested investors in a proposal to develop a port in the Mole-Saint-Nicolas area of Haiti.

Baptiste offered to launder the bribes through a non-profit he controls meant to help Haitians, authorities said.

Court documents revealed that when an undercover agent asked Baptiste if a “pay-to-play” system existed in Haiti, he replied, “I would say this: like, we're tipping them to do the right thing."

In another telephone conversation, an undercover agent asked Baptiste how much of the bribe wired to Baptiste’s non-profit would go toward securing the Haitian official’s support.

FBI agents wired about US$ 50,000 to the non-profit. Baptiste used it for personal purposes and intended to ask the agents for future graft payments, prosecutors said.

The case grew out of a 2014 investigation into Haitian-American businessmen who were offering to bribe Haitian officials in order to do business in the country.

Baptiste, who served as an Army dentist from 1995 until 2008, according to his LinkedIn profile, was arrested in his home state of Maryland. He faces up to five years in prison and a US$ 250,000 fine if found guilty of the charges.