A federal jury on Friday convicted the former CEO of medical device firm, ArthroCare Corporation, for orchestrating a securities fraud scheme that resulted in shareholder losses of over US$ 750 million, the US Department of Justice said. 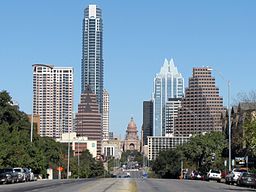 Austin, Texas (Photo: Michael, CC BY-SA 2.0)The jury found that Michael Baker, 58, of Austin, Texas, was between 2005-2009 supplying distributors not based on their orders but based on ArthroCare’s need to meet Wall Street analyst forecasts.

At the end of each quarter, Baker and his co-conspirators would ship more of ArthoCare’s products to distributors than they asked for and then report the shipments as sales, this way meeting or exceeding the company’s earnings forecasts.

ArthroCare’s distributors agreed to accept surplus shipment worth millions of dollars in exchange for benefits such as upfront cash commissions, extended payment terms and the ability to return products.

This allowed ArthroCare to falsely inflate revenue by tens of millions of dollars.

Baker’s co-conspirators, David Applegate and John Raffle, both former vice presidents of ArthroCare, pleaded guilty in 2013 while the company’s former CFO, Michael Gluk, admitted to the crime in June.

A sentencing date for Baker has not been scheduled yet.