US Man Faces 25 Years in Prison for Lottery Rigging

A former state lottery worker in Iowa faces up to 25 years in prison for masterminding a multi-state lottery rigging scheme, the Associated Press reported Sunday. 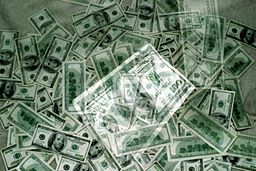 US Currency (Revisorweb, CC BY-SA 3.0)Eddie Tipton, 54, admitted in June to rigging jackpots between 2005-2011 that resulted in payouts of more than US$ 2 million, according to the Wisconsin Department of Justice.

"The depth of his deceit is dumbfounding," Assistant Iowa Attorney General Rob Sand said in court filings seeking the 25-year prison term, according to the AP. "Such crimes cannot be answered without a prison sentence."

Tipton rigged his first jackpot in 2005 in Colorado. He then built himself a 4,800-square-foot house with a movie theater and a gym on 22 acres with a pond outside of Des Moines.

He would go on to fix six more lottery games over the course of six years.

Tipton’s colleagues at the Multi-State Lottery Association were oblivious to his crimes. Having earned their trust throughout a decade, he was promoted in 2013 to head of information security, a role that placed him in charge of protecting the lottery computer systems he was cheating.

Tipton involved others in the scheme including his brother Tommy, and Robert Rhodes, a Texas businessman, the AP reported.

Tommy Tipton, a former Texas judge, is serving a 75-day jail sentence after pleading guilty in June. Rhodes also pleaded guilty to the computer crime and will be sentenced on August 25.

Tipton was caught after he bought a winning ticket in Iowa in December 2010. He asked Rhodes to redeem the jackpot which was worth US$ 14 million after taxes. He also enlisted others to collect the jackpot but Iowa’s policy denies non-purchasers of tickets to redeem them which ultimately blew Tipton’s cover.

He was arrested in 2015, after an inexplicably long inquiry.

Tipton’s attorney, Dean Stowers, argued that his client ended up with no more than US$ 351,000 and that his sentence is overly harsh compared to others involved in the scheme.

"Defendant has clearly been left holding all the financial liability while the parties with the money are largely walking away untouched and unscathed with the states lifting not a single finger to recover the monies they received," Stowers wrote.

But Attorney General, Rob Sand, thinks Tipton’s lengthy sentence will serve as a deterrent to anyone who considers similar crimes.